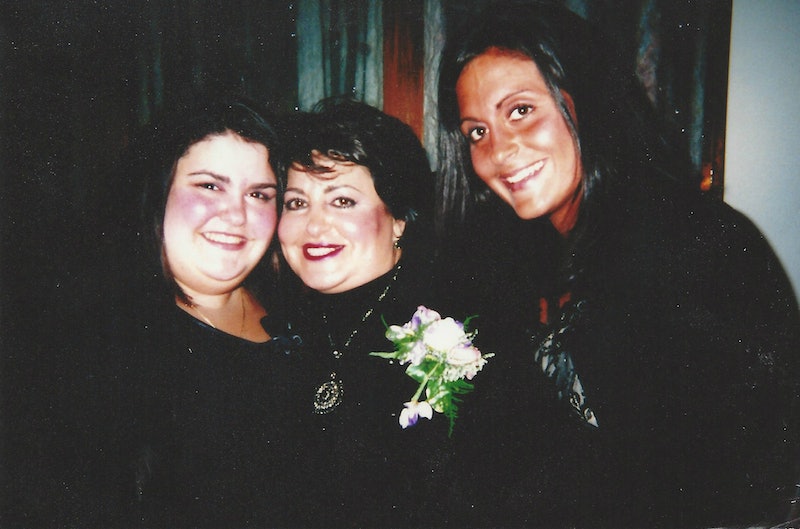 Calling all amateur detectives: Netflix has unveiled a new trailer for Unsolved Mysteries Season 1 Volume 2 ahead of its fall return on Oct. 19. The next six episodes of the rebooted docuseries will offer a whole new collection of bizarre occurrences, tragic events, and strange disappearances — this time in the form of tsunami spirits, stolen kids, a lady in the lake, and a death row fugitive, per the chilling new clip that Netflix released on Wednesday, Oct. 8.

Archival footage, bloodstained clothes, and body bags are just a few of the elements in the unsettling new teaser. “Why is it important to find out why a person died 25 years ago? People die all the time,” a man narrates. “I think it’s important for the family to know what happened to her.” If the tone feels a bit more unusual (tsunami spirits?) this time around, that’s intentional. Executive producer Terry Dunn Meurer revealed that Volume 2 would explore two more “international cases” and “unusual” episodes that pertain more to the supernatural.

“It’s different,” Meurer toldVariety in July about the second batch of episodes. "A bit different." Meurer added of how cases are chosen, “We’ve got international versus domestic, we have rural versus urban, we have age diversity, we have ethnic and racial diversity.” Meurer continued, “They all have to have a lot of twists and turns and need to be very intriguing.”

Ahead of the trailer’s debut, Netflix tested fans' detective skills, tweeting out a cryptic message in true Unsolved Mysteries fashion that offered fans some clues on how to find the new footage. The text stated that the trailer could be found at http://helpsolveamystery.com, which redirects to the YouTube clip.

The second volume comes after the critical success of Volume 1, which debuted on Netflix in July. Not only did it captivate viewers, but the reboot resulted in the Unsolved Mysteries team receiving about 20 credible tips on some cases post-premiere. "It's only been 24 hours,” Meurer told USA Today of the tips in July. “We're hoping there's a lot of people who still haven't watched and maybe this weekend they'll sit down and binge the episodes and we'll get more leads.”

Some cases have seen major developments, too. The FBI reopened the case of Alonzo Brooks, a Black man found dead in May 2004 in La Cygne, Kansas a month after he was reported missing. A case featured in Episode 4 of Volume 1, Brooks' death is being investigated as a possible hate crime. U.S. Attorney Stephen McAllister called Brooks’ death “suspicious,” adding that “it is past time for the truth to come out.”

More like this
This 'Black Panther' Character Is Starring In Her Own Marvel Show Next Year
By Grace Wehniainen
Brandon & Serene Reveal The Major Relationship Milestone They Celebrated After 'BiP'
By Kadin Burnett and Grace Wehniainen
Cole Says He's In Therapy After 'Love Is Blind' & It's Been "Liberating"
By Grace Wehniainen
At 28, Prue Leith Was In A Secret Affair & Sharing Apple Pie With Stoned Neighbors
By Grace Wehniainen
Get Even More From Bustle — Sign Up For The Newsletter