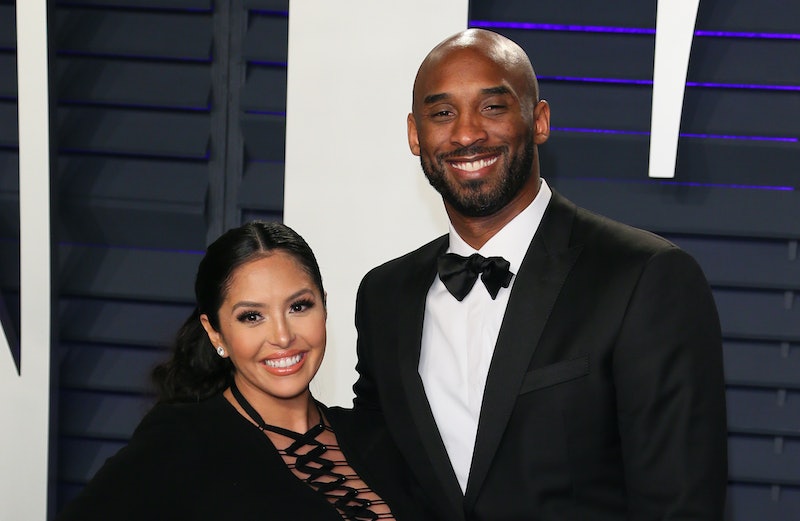 In a moving post shared one year after their deaths, Vanessa Bryant paid tribute to her late husband Kobe and daughter Gianna "Gigi" Bryant. Tuesday, Jan. 26, marks the first anniversary of Kobe and Gianna’s death by helicopter crash in Calabasas, California, so Bryant reflected on the tragedy by sharing a letter she received from one of Aubrey Callaghan, one of Gianna's best friends. The letter heralds Bryant's role as a mother and offers insights into the type of "beautiful" and "fiery" friend Gianna was.

"My mind constantly thinks of your beautiful daughter," Callaghan's letter says. "Her smile and attitude push me to be better. You have probably heard this, but if I ever become a mom, I hope my daughter turns out exactly like yours did." Recalling Gianna's "love of life" (and the way she "left me notes in my notebook that I cherish," among other personal anecdotes), Callaghan writes, "There are times I get into a pit of despair thinking about her and what she could've accomplished had she had a couple more years."

"I hope that in your midst of intense sadness you catch a glimpse of joy in who the daughter you created was," she continues. "You did it right, Mrs. Bryant, and we are all eternally grateful to you." Callaghan concludes the letter, "If you ever need more stories of her, I am filled to the brim and would be [privileged] to share them with you."

Bryant thanked Callaghan for the letter in her caption, writing that she will "never understand why" and "how this tragedy could've happened to such beautiful, kind and amazing human beings." Revealing that it still "doesn't seem real," Bryant addressed her late husband and daughter directly and wrote, "Kob, we did it right. Gigi, you still make mommy proud. I love you!"

"There aren't enough words to describe our pain right now," Bryant said a statement after the accident. "I take comfort in knowing that Kobe and Gigi both knew that they were so deeply loved." She then announced that the family's foundation Mamba Sports Foundation launched a MambaOnThree Fund to help the other families affected by the tragedy.