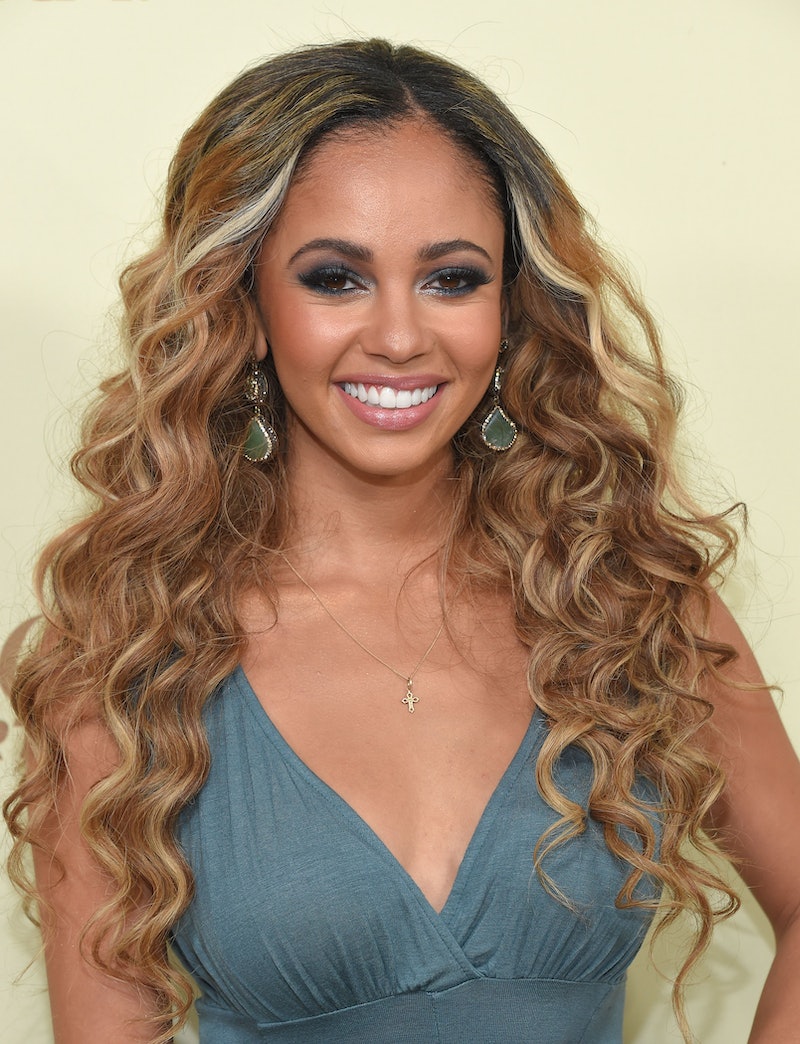 Six months after she married MLB pitcher Michael Kopech, Vanessa Morgan is pregnant with her first baby. Announcing the news in a Friday, July 24 Instagram post, the Riverdale actor also revealed that she's expecting a son. "Was debating keeping this part of my life hidden but I knew people would see pictures eventually with my belly & I wanted you guys to hear it from me," she began her Instagram caption. "I am overjoyed to be welcoming my baby boy into the world this January."

Morgan, who plays Toni Topaz on the CW teen drama, noted that it's almost like everything she thought mattered had completely changed, before addressing her unborn baby directly: "I can’t believe how much growth & strength you've already given me as your mom. It’s like God knew I needed you, my angel. The universe works in mysterious ways but always times everything the way it was meant to be. Lil one you were made with so much love & already exude a light so strong it warms my belly."

In the Instagram slideshow, Morgan shared everything from the two positive pregnancy tests from the morning she learned she was pregnant and an ultrasound video to photos of her gender reveal party — complete with a color-filled balloon pop and red velvet cupcakes topped with the phrase "Here For The Sex." Adding that she "can't wait to dedicate everyday to being the best mommy I can be," the 28-year-old native Canadian concluded her post with a quote from Robert Munsch's children's book, Love You Forever.

The same day, Morgan tweeted that seeing blue confetti came as a surprise to almost everyone. "Every single person at my gender reveal thought I was having a girl, including myself," she wrote on July 24, adding that her brother Jeffrey Mziray was "one of the only ones that said boy."

Her Riverdale costars — including Madelaine Petsch, Camila Mendes, Lili Reinhart, and Mädchen Amick — were among those to congratulate the first-time mom-to-be in the comment section. "You’re gonna be the best mommy I love you!!!!!!!!! So excited," Petsch wrote. Bella Thorne, Keke Palmer, and Logan Browning were among her other famous friends to send their love on social media.

Morgan and Kopech, who recently opted out of playing for the Chicago White Sox in the 2020 season, wed at Florida's Walton Historic House in January, after first announcing their engagement last July. "We both knew the first day we met that 'this is it' and I'm so excited that today officially starts our forever," Morgan told E! News following the intimate ceremony. "Today, I vowed to love my best friend for a lifetime and it was a day spent with those we love in a room filled with endless love."