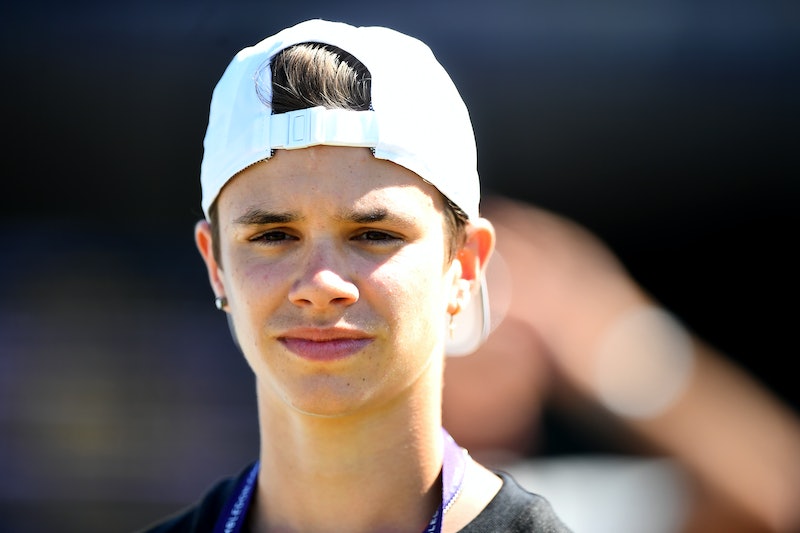 Making yourself relevant and appealing on social media platforms can be a bit of a struggle for most and many use gimmicks to try and get attention. And it turns out celebrity offspring aren't immune. Romeo Beckham used Victoria to get more TikTok followers and you guys, what a smart move.

Victoria appeared on The Ellen Degeneres Show and explained what went down that led to the video. She explained that Romeo asked her to get in a video with him dancing for his TikTok account. Ever the supportive and "cool" mom, Victoria was game. Romeo definitely wasn't born yesterday and suggested a choice tune to get the attention that he wanted. The Sun reports that he low key tricked his mum into helping him get more followers. She told Degeneres:

"What should we dance to? He said 'the Spice Girls'. And then he took my phone, he posted it on my Instagram and said, 'That'll get my numbers up'... He used me!"

The video, which obviously sent fans into overdrive, shows the icon busting out moves which like a fine wine have improved with age. While talking to Degeneres, Victoria didn't mind throwing a little shade at not only her son's but also her husband David's dancing prowess (or lack thereof). She said:

"It was a lot of fun, but I have to say I think that Romeo definitely takes after his dad with his moves."

Victoria and her clan were famous AF before the likes of Instagram and TikTok were a thing. However, their engagement on social media has sent their stardom to stratospheric heights.

Victoria in particular has embraced Instagram as a way to promote her various businesses, cementing her status as a mogul in the world of fashion. And if that's not enough she's now also a major player in the world of beauty and skincare.

Kudos to Romeo for making the most of his mum's talents and here's hoping the best is yet to come from there socials.