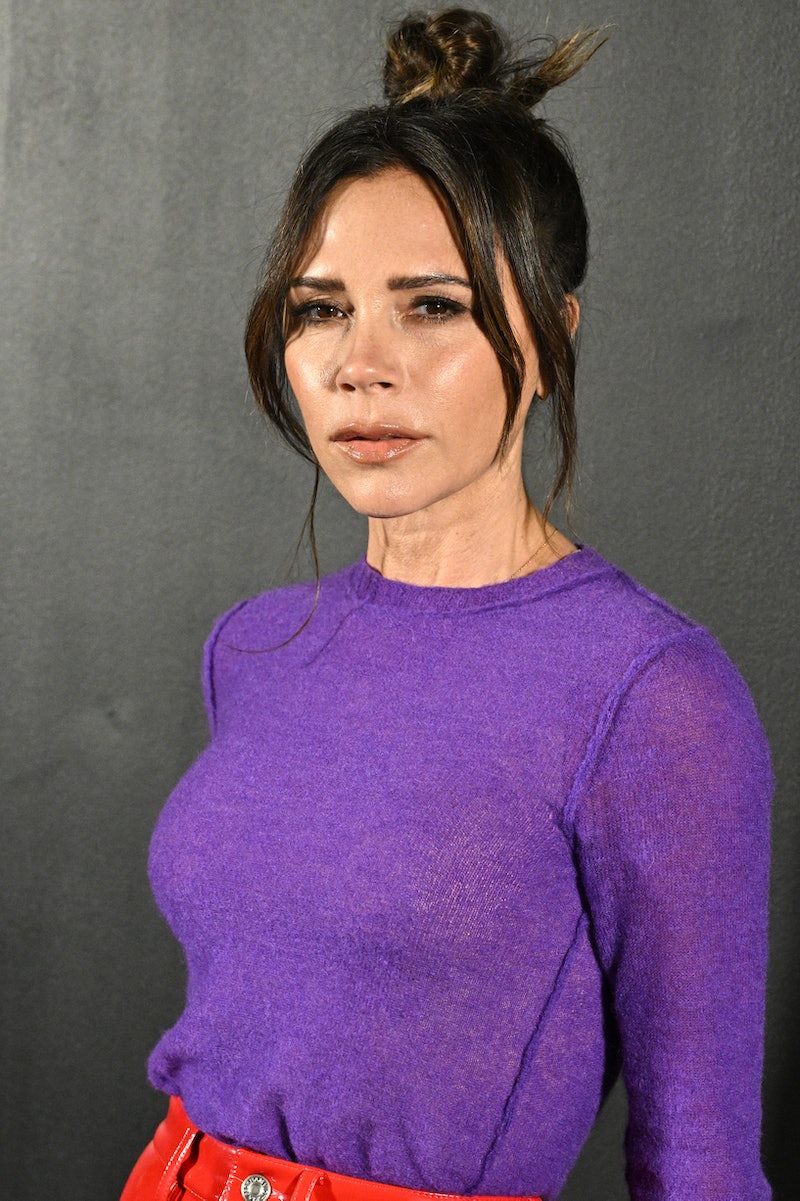 In a refreshingly open chat, Victoria Beckham looked back on a time when she was weighed during a live television show titled Don't Forget Your Toothbrush. The series’ presenter, Chris Evans, was interviewing the former Spice Girl shortly after she had given birth to her and David’s first child, Brooklyn Peltz-Beckham, now 23. He started by asking her if she had lost the baby weight, and when she answered that she had, he then pulled out a set of weighing scales and had her stand on them.

Reliving the near-unbelievable moment, Beckham told Vogue Australia that a friend had recently forwarded her the clip. “I’d just had Brooklyn and lost a lot of weight after. It happened to my mum after her pregnancies. It doesn’t mean you have an eating disorder,” the singer-turned-designer shared. “And he [Evans] made me stand on scales and be weighed. Can you imagine doing that nowadays?”

Explaining that she has long been scrutinised over her weight, Beckham said: “I’ve had ‘Porky Posh’ on a headline. I’ve had ‘Skeletal Posh.’ After I had Brooklyn, there was a picture on the front of a newspaper pointing to every single part of my body as to where I had to focus on losing the weight from. Imagine doing that now.”

A YouTube clip dating back to 1995 shows Beckham awkwardly laughing as she steps on the scales. Shockingly, Evans had asked her former bandmate, Geri Halliwell (now Horner) to do the exact same just moments before. He said to the singer: “Your gut’s not there anymore, it’s disappeared. I mean I don’t know where it’s gone to,” before taking out the weighing scales. “Can I weigh you? Come on, what do you think you weigh?” he probed.