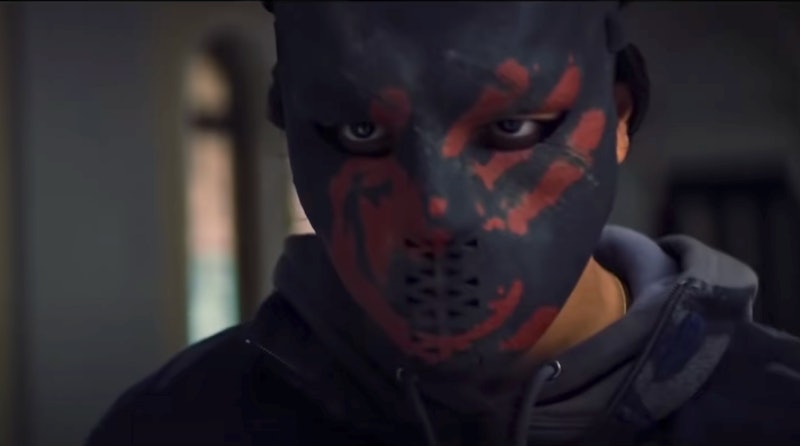 When we last saw pararescue Sam Wilson (Anthony Mackie) and formerly brainwashed super-assassin Bucky Barnes (Sebastian Stan) in Avengers: Endgame, Steve Rogers was handing over his shield and the Captain America moniker. Now, The Falcon and the Winter Soldier will pick up with the two of them as they set aside their differences and attempt to carry on Captain America’s legacy, all while facing numerous enemies in the shadows.

Disney has been expectedly quiet about the details, but it appears that Sam and Bucky will face at least two (and possibly even three) different villains in The Falcon and the Winter Soldier. Here’s everything we know so far.

The first major villain revealed in the trailers was Daniel Brühl’s Baron Zemo, who says, “Superheroes cannot be allowed to exist.” Introduced as the true villain of Captain America: Civil War, Zemo is a Sokovian colonel who lost his family during Ultron’s rampage in Avengers: Age of Ultron. He blamed the Avengers for their deaths, so he formulated an elaborate plan to break up the team. The lynchpin of it was Bucky, who was captured and brainwashed by Hydra to become The Winter Soldier, a hyper-efficient assassin, following the events of Captain America. After reactivating Bucky’s murderous programming, Zemo led Captain America and Iron Man to an old bunker, where they all learned that it was The Winter Soldier who murdered Tony Stark’s parents.

The Avengers disbanded, and Zemo was captured. When a CIA agent asked Zemo in jail how it felt to fail, Zemo simply replied, “Did I?”

The Falcon and the Winter Soldier will follow Zemo after he’s somehow been set free; he’s probably pretty unhappy that the events of Infinity War and Endgame brought the Avengers back together. "He's had a lot of time in that prison cell to read a lot, to think a lot. So, you can be sure that he's up to no good," Brühl told Entertainment Weekly.

The trailers also shows some kind of terrorist organization, whose members all wear a black mask with a red hand print on them. Their leader appears to be Erin Kellyman, who’s likely a rewritten version of the Marvel supervillain Flag-Smasher. Per ScreenRant, in the comics, Flag-Smasher (real name Karl Morgenthau) leads an anarchist group called U.L.T.I.M.A.T.U.M. and often clashes with Captain America despite having no powers of his own.

Falcon and The Winter Soldier head writer Malcolm Spellman told Entertainment Weekly that Kellyman’s version will be very different from the comics, though. "Erin's going to be completely different than anyone's expecting," Spellman said. "I can't go into it, but that'll be fun because people think they know, and they don't."

Series director Kari Skogland added that the show is “embracing the whole notion that it's a slippery slope and that villains don't always look like villains. You sometimes don't even know you're a villain until it hits you in the face."

Another new character teased in the trailer is John Walker, who seems to be the one wearing the Captain America suit and shield at a football game. Wyatt Russell plays the character, also known as U.S. Agent. He’s the government's pick to succeed Steve as Captain America, but he may not have the best intentions. In the comics, Walker had toxic ideas about what makes a man a true American patriot, and his volatile nature often led to him clashing with the Avengers.

It’s unclear how similar this John Walker will be to the comics version, but it’s not a good sign that he’s wearing the shield after Steve specifically gave it to Sam. "He's a complicated character. That's what drew me to him," Russell told Entertainment Weekly. "It'll be fun seeing how all three of these guys interact in terms of what their identity is. I think that I can safely say that it's a show about identity and what it means to each specific person."