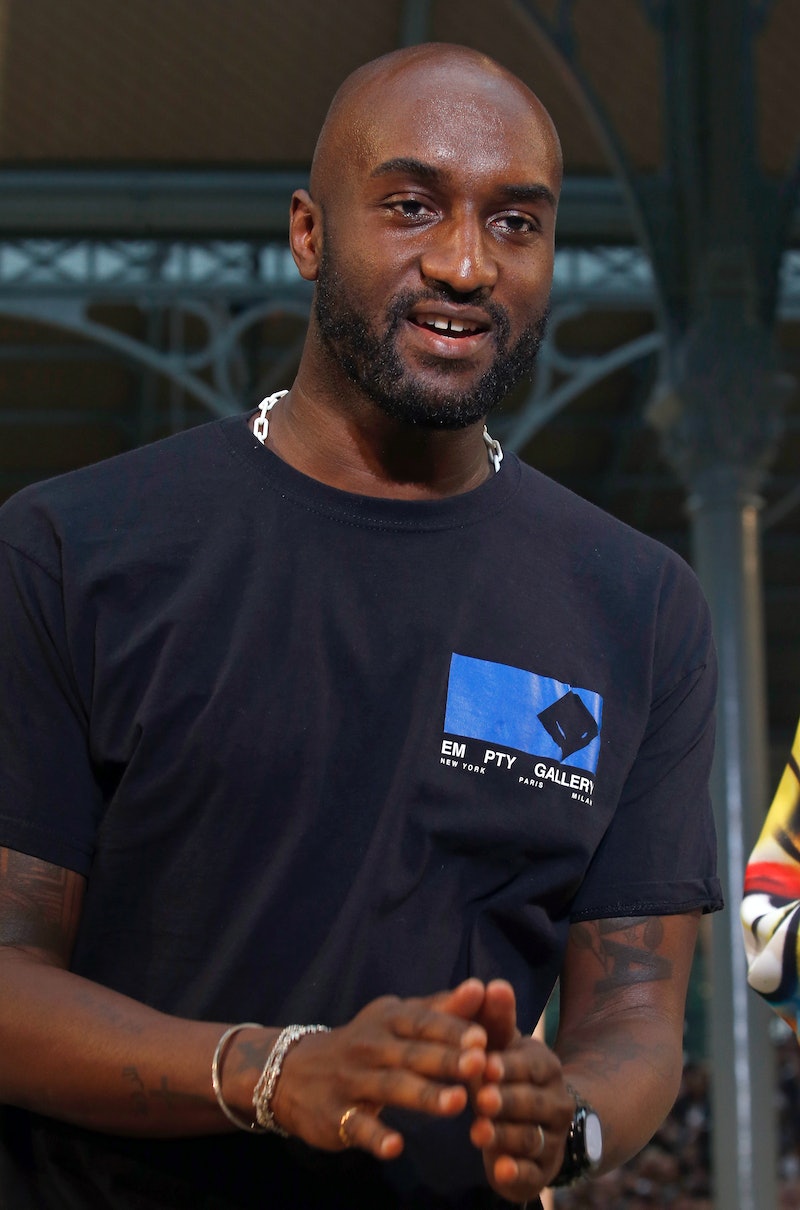 The world-renowned fashion designer Virgil Abloh has died at the age of 41. The announcement came on Nov. 28 on his personal Instagram page, where it was revealed that he had been diagnosed with cardiac angiosarcoma (“a rare, aggressive form of cancer”) in 2019 and “chose to endure his battle privately.” As he faced his illness, the post says, Abloh “[underwent] numerous challenging treatments, all while helming several significant institutions that span fashion, art, and culture.”

“Through it all, his work ethic, infinite curiosity, and optimism never wavered,” the post continues. “Virgil was driven by his dedication to his craft and to his mission to open doors for others and create pathways for greater equality in art and design. He often said, ‘Everything I do is for the 17-year-old version of myself,’ believing deeply in the power of art to inspire future generations.”

Abloh’s creative career includes serving as the men’s artistic director of Louis Vuitton and founding the popular brand Off-White. Bernard Arnault, CEO of LVMH, called Abloh “a genius designer and a visionary,” in a statement, as well as “a man with a beautiful soul and great wisdom.” He added that he and the entire LMVH family are “thinking of his loved ones on the passing of their husband, father, brother, son and friend.”

In 2018, Abloh was named one of Time’s 100 Most Influential People; he worked with notable figures in fashion, sports, and beyond. Serena Williams lauded the designer for crafting her 2019 French Open uniform, which incorporated personal messages in French celebrating her being a mom, champion, and queen. Abloh was also a longtime collaborator with Kanye West. The “Donda” singer hired Abloh in 2007 to help him pivot into fashion, per a GQ oral history, and they soon became “best friends,” West told Wall Street Journal Magazine in 2020, expressing his excitement that Abloh had been “crowned king” in becoming Louis Vuitton’s first-ever African American artistic director.

Several celebrities and fans of Abloh took to Twitter to honor the late designer. “Thank you for all you did to support so many & how you pushed us to reimagine what’s possible,” wrote Riz Ahmed. Meanwhile, Lenny Kravitz’s tribute read, “Rest in Power, King. You made an indelible mark on this world.”

Hailey Bieber, who had worked with Abloh and had her wedding dress designed by him, shared the influence he’d had on her. “Virgil completely changed the way I looked at street style and fashion, the way he looked at things inspired me deeply,” she wrote. “I will never be able to fully express how grateful I am to have known him and worked with him, from walking on his runways to having him design my wedding dress and all the other amazing moments in between, I felt he was always rooting for me. He was someone who always brought life, charisma, love and fun to any situation, and every room he walked into. A once in a generation creative mind that is so rare and I’ll never forget his impact. We love you Virgil.

Per the Instagram post announcing his death, Abloh “is survived by his loving wife Shannon Abloh, his children Lowe Abloh and Grey Abloh, his sister Edwina Abloh, his parents Nee and Eunice Abloh, and numerous dear friends and colleagues.”