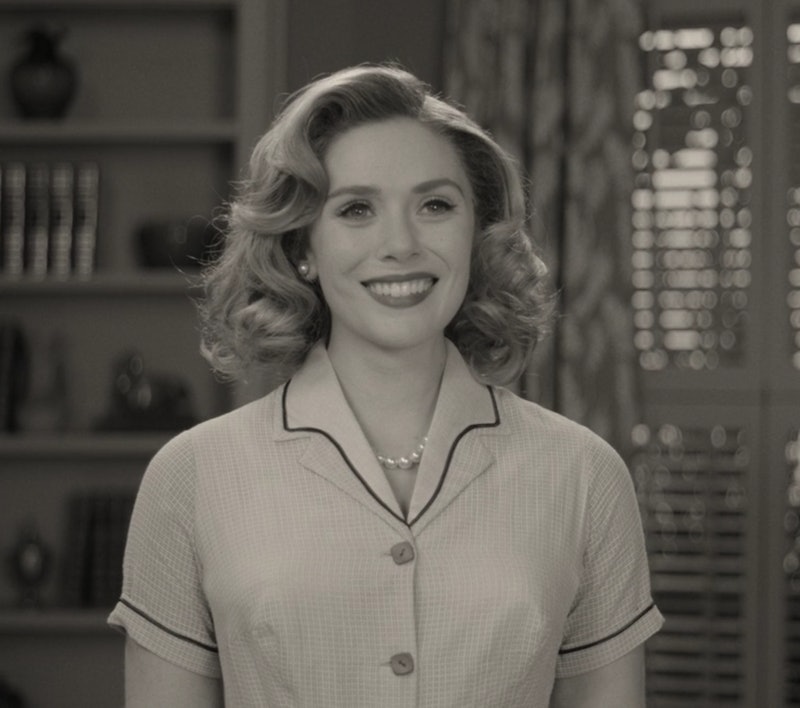 One of the most confusing and intriguing installments of the Marvel Cinematic Universe is Disney+'s WandaVision, which follows Wanda Maximoff (Elizabeth Olsen) and Vision (Paul Bettany) in an alternate reality that plays out like a classic sitcom á la I Love Lucy. While viewers are still trying to figure out exactly what's going on in the show, they immediately noticed that Wanda is speaking in an American accent rather than her signature Sokovian accent. It's not the first time the character has switched accents in the MCU, which has subscribers wondering if Wanda's Sokovian accent will return by the end of Season 1.

When Olsen's character made her first credited MCU appearance in Avengers: Age of Ultron alongside her twin brother Pietro (Aaron Taylor Johnson), she spoke with a heavy Eastern European accent due to her origins in Sokovia, a fictional country. But when fans saw her again in Avengers: Infinity War, that accent was gone in favor of an American one. Speaking to actor Josh Horowitz on his podcast in 2018, sibling director duo Joe and Anthony Russo revealed the reasons behind her disappearing dialect.

"One is you’ll notice at the beginning of [Avengers:] Civil War that Black Widow is training her to be a spy, and two is she’s been on the run, and one of the most distinguishing characteristics that she has is her accent," the brothers explained. "So if you’re gonna try to disguise yourself or hide yourself or not be caught, you’re going to try to limit those trigger warnings that would make it easy for someone to identify you, which would be inclusive of her accent."

In WandaVision, Maximoff speaks in yet another incarnation of her accent. Still distinctly American, this time around, she speaks in a sharper, more formal tone reminiscent of the actors in the old-timey sitcoms that the experimental Disney+ series emulates. In a recent interview with Collider, Olsen revealed that Wanda's natural dialect is definitely still Sokovian.

"[Wanda's accent] hasn’t gone anywhere. There have been reasons for everything," teased the actress. "It lightened up when she started living in the States, and in WandaVision, she is playing the role of being in an American sitcom, and so it’s not gone. It is absolutely still there.”

Olsen also told the publication that “the show is what starts to inform the characters of other things as it keeps going,” noting that her character is essentially a blank canvas at the beginning of the series. So, it definitely seems like her accent could return this season, but it remains unclear in which episode she'll make the switch and what will prompt the change.

Season 1 of WandaVision continues to air on Disney+ through March 5, so stay tuned.

More like this
Here’s Everything Coming To & Leaving Netflix In February
By Jake Viswanath
Here’s Why Danny Masterson’s Hyde Isn’t In 'That '90s Show'
By Brad Witter
New Details About Jeremy Renner's Snowplow Accident Reveal The Actor's Intentions
By Sam Ramsden
Pamela Anderson’s Dating & Marriage History Could Be Its Own TV Series
By Jake Viswanath
Get Even More From Bustle — Sign Up For The Newsletter
From hair trends to relationship advice, our daily newsletter has everything you need to sound like a person who’s on TikTok, even if you aren’t.