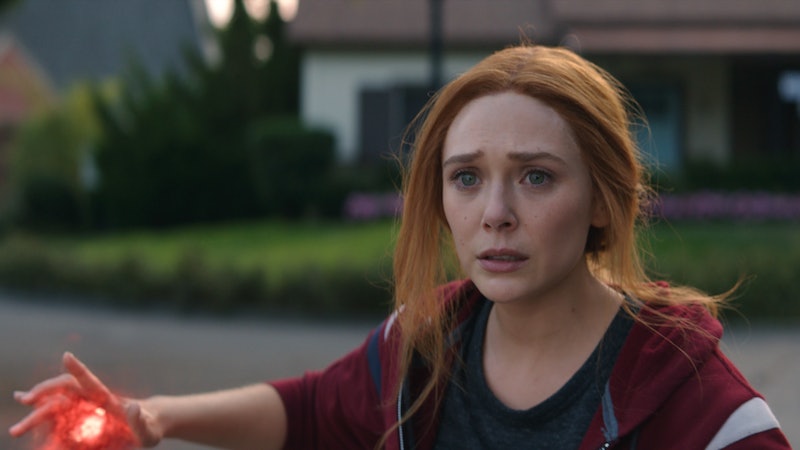 Every week, fans have eagerly tuned in to Disney+’s WandaVision to unpack its puzzle box storylines. How did Wanda bring Vision and two rapidly aging twin sons to life? Who is Agatha Harkness? What’s happening to Monica Rambeau? And what in the world is Wanda, really?

The Season 1 finale answers most of those questions — and introduces some new ones — but don't expect the show to return to wrap up any loose ends. "We have no plans for WandaVision Season 2 at all," director Matt Shakman recently told Collider. However, he added "that could change. It all depends on what the story [is]. We were very focused on telling this story over nine episodes and hopefully coming to a conclusion that feels satisfying and also surprising."

While it's always hard to say goodbye to good shows, Shakman said that this is far from the last time you'll see Wanda and the rest of the crew. In fact, WandaVision will feed directly into a number of MCU films. "Episode 8 really opens up the major thematic journey for Wanda, which is the stages of grief," he said. "That's what the whole show has been about, how you come to terms with loss." He added that with the introduction of White Vision, "there's a lot to come."

Here's everything else that WandaVision sets up that you can look forward to.

Wanda in Doctor Strange In The Multiverse of Madness

As Marvel Studios president Kevin Feige explained at the 2020 Disney Investor Day presentation, the events of WandaVision will tie directly into Doctor Strange In The Multiverse of Madness, where Elizabeth Olsen will reprise her role as Wanda. A popular theory is that Agatha Harkness will break open the multiverse and trap Wanda somewhere, and Doctor Strange will journey to save her. Another theory is that Wanda will open the multiverse herself.

Benedict Cumberbatch is set to play Doctor Strange in Spider-Man: No Way Home. That, combined with the title "No Way Home," has fueled fan theories that Doctor Strange will mentor Spider-Man about how to navigate the multiverse. It was also announced that Jamie Foxx and Alfred Molina will reprise their roles from the previous Spider-Man franchises, further supporting that idea that whatever Wanda does in WandaVision has far reaching repercussions for the rest of the Avengers.

As a result of walking through Wanda's hex forcefield twice, S.W.O.R.D. agent Monica Rambeau gained her own energy-based superpowers in WandaVision. This is keeping in line with the comic books, where she's gone by the names of Photon, Pulsar, and even Captain Marvel. Per Entertainment Weekly, Teyonah Parris is set to reprise her role as Monica in Captain Marvel 2 and Iman Vellani's Ms. Marvel TV show. Monica will likely hone her powers more across both projects, as well as finally confront Captain Marvel, who she seems to be currently estranged from.

Tommy, Billy, and the Young Avengers

In the comics, Tommy and Billy disappeared – after Wanda accepted they were completely fabricated by her powers — but were later reincarnated as real (though unrelated) boys. They then went on to found the Young Avengers team. While it's likely a long ways off, Marvel is clearly planning on a movie centered on the younger generation of Avengers. Other members are already set to appear in other projects: Cassie Lang was in Ant-Man; Kate Bishop will debut in the Hawkeye show; and America Chavez will cameo in Doctor Strange in the Multiverse of Madness.

Did WandaVision Intro the Next Thanos?

Fans are very stuck on the theory that WandaVision will introduce (or has already introduced) the next big bad for the MCU. Some think its Agatha Harkness, while others believe Agatha is simply working for the demon Mephisto. While we may not find out the truth until a later project, it's very clear that WandaVision is not just an interesting show exploring Wanda's grief. It's also the connective tissue to the entire next phase of the MCU.

More like this
The 'Hunters' Creator Wanted The Series Finale To Serve As A "Catharsis"
By Brad Witter
Here’s Why Danny Masterson’s Hyde Isn’t In 'That '90s Show'
By Brad Witter
Everything To Know About 'Cobra Kai' Season 6
By Brad Witter
'Tulsa King' Season 2 Could Kick Off A Larger Universe Like 'Yellowstone'
By Grace Wehniainen
Get Even More From Bustle — Sign Up For The Newsletter
From hair trends to relationship advice, our daily newsletter has everything you need to sound like a person who’s on TikTok, even if you aren’t.