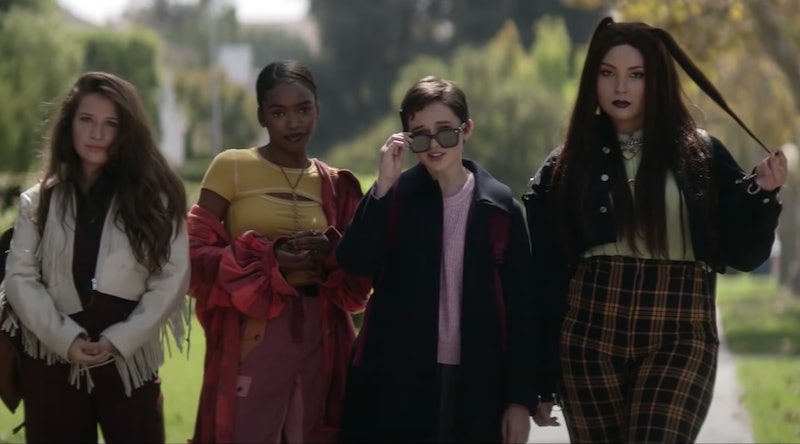 Following the likes of Sabrina The Teenage Witch getting another turn on the telly, fans of the more magical things in life have been crying out for more. As the ultimate '90s witchy classic gets a sequel, you'll be wondering how to watch The Craft 2 in the UK.

The good news is you don't need to wait too long as the new film will be available to watch from Oct 28 on Amazon Prime, just in time for your Halloween viewing.

The film is a sequel to the 1996 cult classic of the same name, which tells the story of a group of high school witches who discover powers far stronger than they could have ever imagined after a fourth member joins their coven. The original is beloved by fans and has seriously stood the test of time, so all eyes will be on the sequel to see it can live up to the original. The trailer makes it clear that the new film intends to stand on its own feet, while also linking up with the old one. The link in question, a photograph of the original main character Nancy Downs, shows that the new film is firmly in the same universe of the original.

The film follows new girl Hannah as she moves to a new neighbourhood and high school after her mum, decides to begin a new life with her partner. Experiencing the growing pains of being a teenager, joining a blended family, and a brand new school takes its toll and just when it seems like nothing can go right she meets a new group of friends. Lourdes, Tabby, and Frankie step in and welcome her into the fold and as four witches unite the question is — will they use their power for good or evil?

Blum House, the production company behind The Craft, are well known for making brilliantly spooky films. They produced Paranormal Activity and Get Out and their latest offering, written and directed by Zoe Lister Jones, looks utterly bone-chilling.

The Craft will be available to watch on Prime Video from Oct 28.