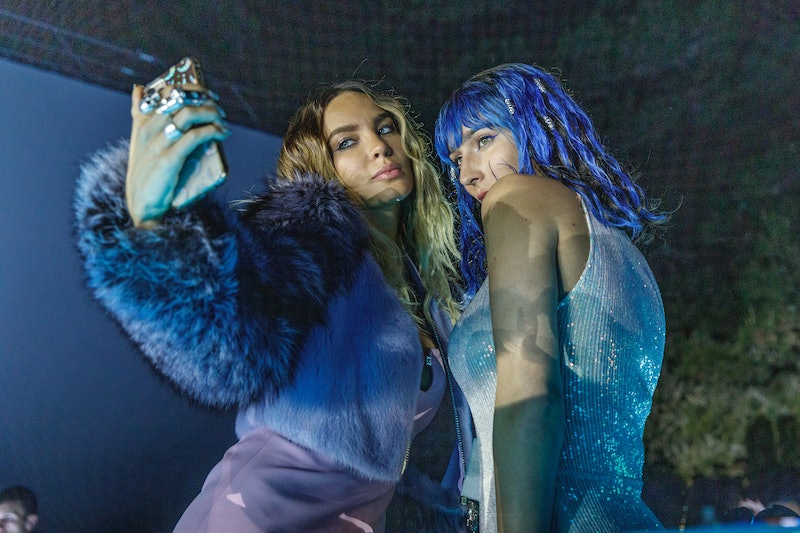 Lucia Faraig/Netflix
By Kadin Burnett
May 16, 2022

Netflix’s latest stylish thriller asks the question: Are you happy? It’s a query that sets the scene for Welcome to Eden, a series that follows young, attractive social media influencers as they’re invited to a secluded island at the behest of a mystery drink brand. After being promised a chance at adventure and a good time, the island-goers soon learn that the paradise they’re currently partying on isn’t what it seems — so basically, it’s the worst brand deal imaginable. As Season 1 unfolds, the mystery of the island begins to reveal itself, but will there be enough secrets left to sustain a second season in Eden?

The Spanish thriller premiered May 6, which is when audiences were introduced to the sinister trip of a lifetime. Things take a turn for the worse when the influencers discover that they’ll be forced to compete in violent gameplay while trapped on a remote island. Dread begins to set in when the captives learn that safety doesn’t await them, only danger and consequences. It sounds a little like Squid Game, except the contestants are social media socialites instead of desperate competitors.

At the time of writing, the streaming service has made no announcement about the future of the show. It’s likely that Netflix is biding its time to see how the series reception and popularity continues to grow before ultimately deciding to renew the show for a second season. However, fans of Welcome to Eden can take solace in the fact that Season 1 ended on a massive cliffhanger, which means plenty of questions remain to be answered in a sophomore season. At the very least, it means that the writing team behind Eden most likely has ideas in mind for where to take the series in another season.

Given the thrilling and shocking nature of Welcome to Eden, it’s hard to reveal who will be back for a potential season without giving away which of the influencers are able to survive their cruel punishments. For those who have seen the first season in its entirety, it’s a safe bet that any characters who managed to make it to the final credits of Episode 8 will likely be brought back if the show is renewed. There are certainly enough surviving characters to sustain a second season, all of whom are named here via Radio Times.

If Season 2 is ultimately a go, it would be reasonable to expect the second season to premiere sometime in the spring or summer of 2023.

Radio Times also reported that the series is making its way onto Netflix top 10 lists across the globe, which bodes well for its future at Netflix. Factoring in its popularity, cliffhanger ending, and potential story arcs, the world’s worst beach getaway may just be extended a little bit longer.

More like this
The ‘Squid Game’ Season 2 Renewal Teases A Creepy New Figure & A Return
By Brian Anthony Hernandez and Bustle Editors
Don't Expect To See Your Fave Modern Royals Depicted On 'The Crown' Season 6
By Jack Irvin
Every Song In The Umbrella Academy Season 3
By Kadin Burnett
Does Umbrella Academy Season 3 Have A Post-Credits Scene? The Answer Will Surprise Fans
By Brad Witter
Get Even More From Bustle — Sign Up For The Newsletter