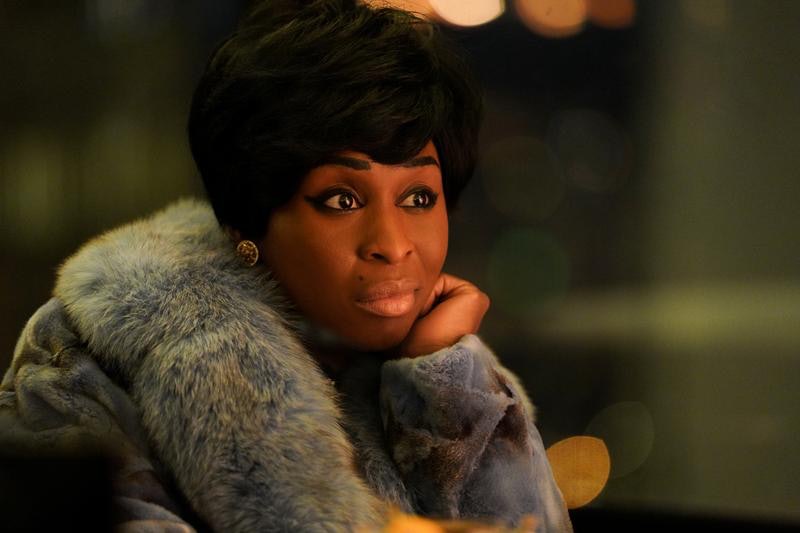 National Geographic channel bills its biographical limited series Genius: Aretha as an exploration of the Queen of Soul’s “immeasurable impact” on music and culture. Despite its intended reverence, however, members of Aretha Franklin’s family is protesting the four-night TV event. Franklin’s son, Kecalf “Kelf” Cunningham — who claims the project was “pushed through without [the family’s] consent” — even hopes fans follow suit. “If you are a true fan please do not support it!!!” Cunningham captioned an “angry, all-caps” February Instagram post, per the Detroit Free Press.

Cunningham reportedly added that the family’s criticism was not directed toward the actors, who “are just doing their jobs.” Academy Award nominee Cynthia Erivo stars as Franklin in Genius: Aretha, alongside a cast that also includes David Cross (as Jerry Wexler), Courtney B. Vance (as the Rev. C.L. Franklin), Malcolm Barrett (as Ted White), Shaian Jordan (as a younger version of Franklin), and Rebecca Naomi Jones (as Carolyn Franklin).

Later, Franklin’s granddaughter Grace Franklin posted a TikTok video of her family chanting in protest of Genius: Aretha on a sidewalk. “As the immediate family, we feel it’s important to be involved with any biopic of my grandma’s life, as it’s hard to get any accurate depiction of anyone’s life without speaking to the ones closest to them,” Grace said in another March video, explaining that the family had reached out to Genius producers on multiple occasions. “We’ve been disrespected and told we’ll not be worked with. As the immediate family — emphasis on immediate — we do not support this film. And we ask that you do not support this film, as we feel extremely disrespected, and we feel there will be many inaccuracies about my grandmother’s life.”

Genius: Aretha’s Pulitzer Prize-winning writer, Suzan-Lori Parks, responded to the family’s concerns in a February statement to the Detroit Free Press: “As the showrunner of Genius: Aretha, I can tell you that every single day (and twice on Sunday!) — through COVID, social unrest, and every other challenge we faced — our intention was to respect Ms. Franklin in every aspect of our show and in every decision we made.”

In a statement to The Root on March 17, a National Geographic rep noted the network had received the family’s message, acknowledging “their concern for Ms. Franklin’s legacy.” The rep added that the studio “worked with many people who knew Ms. Franklin,” including Clive Davis and “members of her family’s estate,” in order to make sure they told her story in “an honest and authentic” manner.

“The studio worked diligently to attain the endorsement of Aretha’s estate, which we are grateful to have,” the statement continued. “We think we have a shared goal here — to honor and celebrate the life and legacy of Aretha Franklin. We can tell you that everyone who worked on Genius: Aretha approached telling her story with the intention to respect Ms. Franklin in every aspect of the series and in every decision we made.”