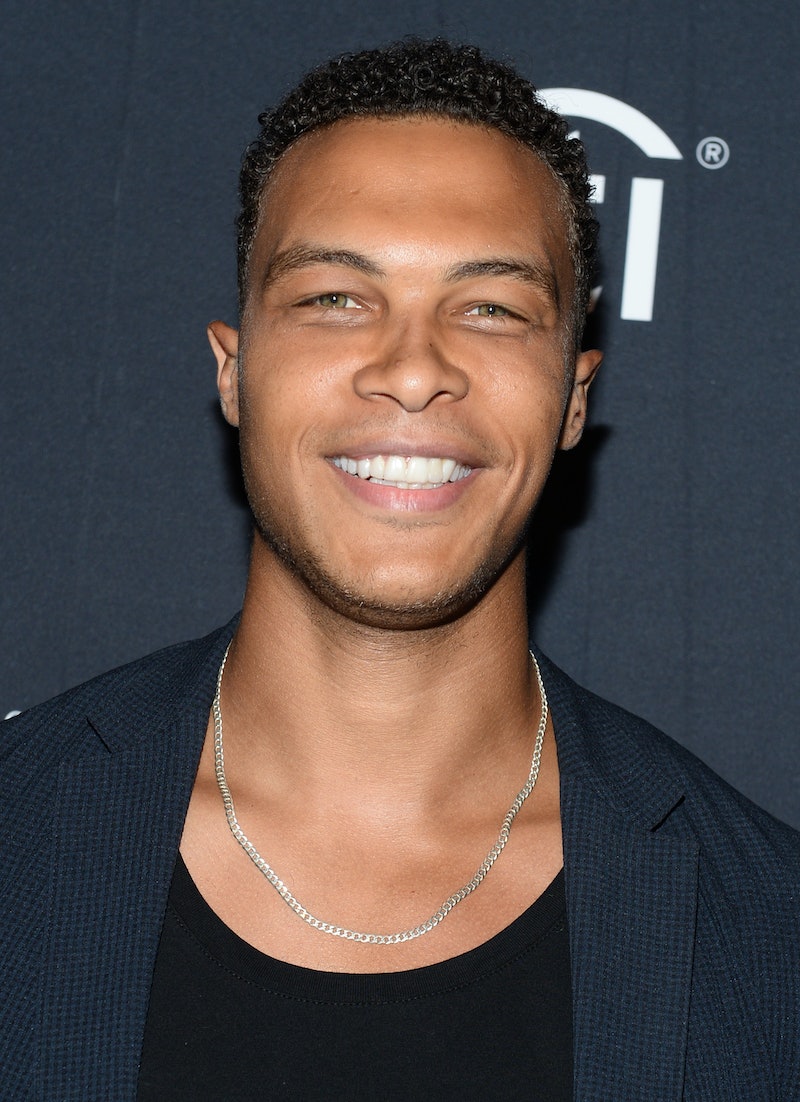 Before entertaining Bachelor Nation with his and Clare's steamy make-out sessions, Dale Moss entertained sports fans in the NFL. From 2012 to 2014, he played for four professional football teams: the Green Bay Packers, the Tampa Bay Buccaneers, the Chicago Bears, and the Carolina Panthers.

But believe it or not, Dale primarily played basketball in college — he played football as a backup to stay in shape. After being on South Dakota State University's team for just one year, making six touchdowns and 61 receptions for 949 yards in nine games, he graduated from college and was signed by the Packers as a free agent, per Bleacher Report. "After college, I just really wanted to give football a shot," he told Sportskeeda in 2018. "I knew I had the athletic abilities and I never really wanted to think 'What if?'"

After around three months with the Packers, Dale was signed to and released from the Bucs' practice squad, joining in September and leaving in November 2012. Two weeks later, he got a spot on the Bears' practice squad, spent the rest of the season there, and was waived from the team in June 2013. Straight on to the Panthers he went, staying with the team until August of that year.

In January 2014, he played a stint of arena football for the Los Angeles Kiss, which helped propel his post-football career. "Arena football was a learning experience for me and gave me another opportunity to keep my NFL dream going," he told Sportskeeda. "It also allowed me the opportunity to go to LA. I’ve always known I wanted a career in speaking and entertainment, and being in LA really allowed me to start exploring that."

Still he made a brief return to the Bears as a wide receiver and was waived in August 2014. Now, according to his website, Dale works as a model who has provided creative direction for multiple brands including Under Armour, Hugo Boss, Express, and United Airlines. He's also passionate about philanthropy and is a global ambassador for the Special Olympics. Before long, he'll be adding "Star of the Most Dramatic Bachelorette Season Ever" to the list.