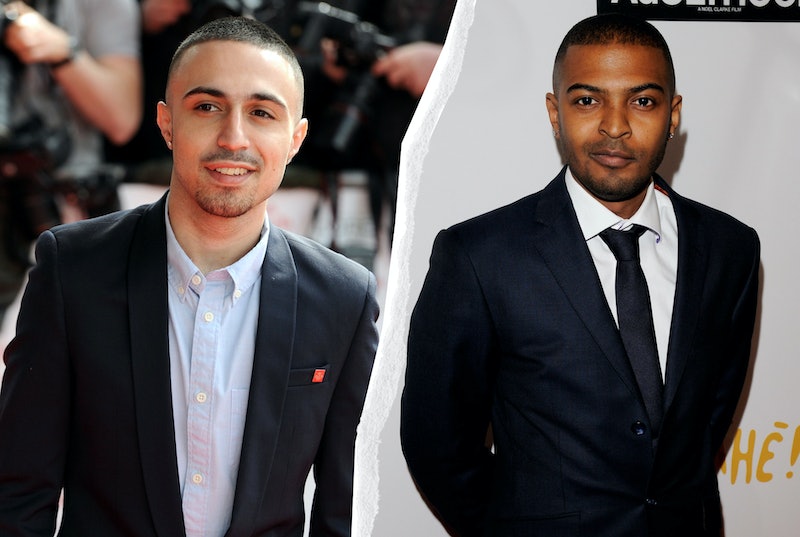 The allegations accusing actor and director Noel Clarke of sexual harassment, groping, and bullying have raised new questions about the feud between him and his former mentee Adam Deacon.

An investigation published by the Guardian on April 29, 2021, revealed that 20 women who knew Clarke professionally have accused him of serious misconduct, including bullying claims. One victim reported that she experienced panic attacks on set following an outburst by Clarke, while another recalled being screamed at.

Since then, some Twitter users have questioned whether these accusations shine a new light on Clarke’s highly publicised feud with Deacon and, on May 4, the Kidulthood star issued his response to the investigation. But what actually happened between Clarke and Deacon that led to the breakdown in their relationship?

Deacon first rose to prominence after starring in the 2006 film Kidulthood, which was written by Clarke. He went on to continue working with Clarke in a number of projects including 2008’s Adulthood.

However, their friendly relationship — which was framed in the news as a mentorship — came to a halt in 2011. Deacon had made his directing debut for the film Anuvahood, which went on to earn him a BAFTA Rising Star. Clarke claimed that the film infringed on the copyright of his Hood trilogy of films, and the pair fell out.

The friendship ended but tensions escalated when Clarke accused Deacon of sending him abuse via Twitter in 2014. Clarke recounted of the period, during the court case that led to Deacon’s eventual arrest, “He released a barrage of abuse in a blog for on Instagram claiming I'd been bullying him for as long as he could remember and claiming I had stopped him getting an agent in the business.” The abusive messages also threatened Clarke’s family: in one instance, Deacon reportedly posted pictures of Clarke’s children next to a gun emoji.

This led to Deacon’s arrest. As reported in the Evening Standard at the time, Deacon claimed in court that Clarke “[had] it in” for him from the beginning, adding that “he would bully and belittle me on set in front of people — it would be a constant thing”.

In July 2015, Deacon was charged in court for harassment without violence. A two year restraining order was drawn against him, preventing him from contacting Clarke and he had to pay a fine of £500. His lawyers said that he suffered from a history of mental illness and that his actions were caused by paranoia and psychosis induced by the use of skunk cannabis. Earlier that year, Deacon was sectioned under the Mental Health Act and was diagnosed with bipolar disorder.

Later in 2017, in tell-all interview with The Guardian, Deacon revealed that after their fallout from Anuvahood, he became convinced that Clarke was obstructing his career. He expressed regret for his actions and said, “When I got better I thought, why did I do this, what the hell was all this about? I didn’t want to hurt anybody.”

Deacon went on to tell the Guardian that Clarke had layer offered him a role in the final film in his Hood trilogy, Brotherhood. Deacon said he thought it might be an opportunity for the two of them to make amends, but Clarke said they would not be able to meet in person because of the restraining order and that he was not interested in being friends. “He said, ‘You should do the film for the fans. It’s not about me and you. Obviously I don’t like you but do it for the fans,’” Deacon recalled. “I was like, wow what the hell is this?”

Deacon declined the offer and the pair have not worked together since.

As mentioned, on May 4, Deacon published a response to the allegations made against Clarke in the Guardian. “I would like to start by saying I stand by all the women who have spoken out and told of their harrowing experiences with Noel Clarke,” the actor wrote on Twitter. “I wholeheartedly believe every single word and I hope that anyone who is yet to come forward with information will be listened to.”

Deacon went on to speak about his own dealings with Clarke, who he described as “sociopathic.” The actor said he wished “everyone had taken more notice of [his] words” 15 years ago, when the pair’s feud began, as he believes that could have stopped “his horrific abuse of power” causing harm to anyone else.

Deacon said he was grateful for the support he had received in the days since the Guardian’s investigation was published but was “beyond saddened” by the pain Clarke has caused to others.

He ended the statement by writing, “I am now looking towards a fresh start and focussing all my time and energy on my acting career.”

More like this
Rita Ora Finally Opened Up About Marrying Taika Waititi & Their "Perfect" Wedding
By Sophie McEvoy and Catharina Cheung
This Is When Netflix Is Going To Start Charging You For Sharing Passwords
By Darshita Goyal
What Really Happened Between Lea Michele & Sadie Sink On 'The Tonight Show'
By El Hunt
Matt Hancock’s TikTok Is The Most Matt Hancock Thing Ever
By Sam Ramsden
Get The Very Best Of Bustle/UK
Sign up for Bustle UK's twice-weekly newsletter, featuring the latest must-watch TV, moving personal stories, and expert advice on the hottest viral buys.