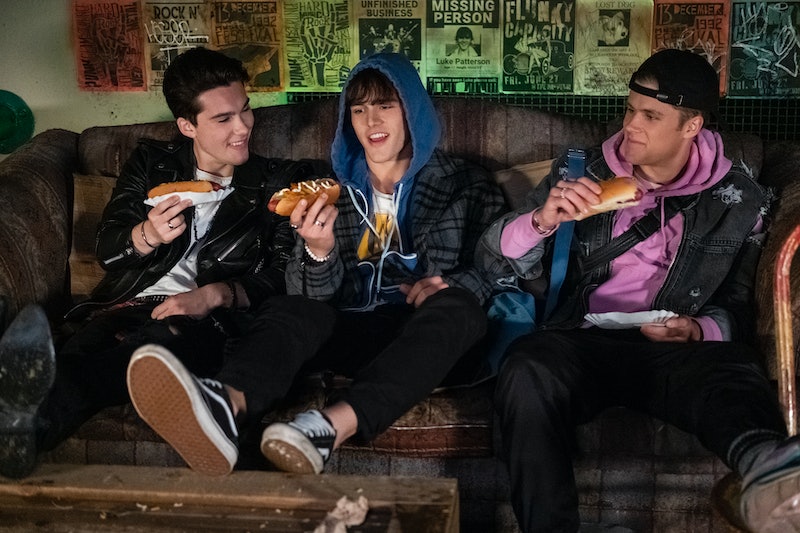 Spoilers ahead for Julie and the Phantoms Season 1. Three fourths of the band Sunset Curve die in the first episode of Julie and the Phantoms, but what happened to Bobby, their final member, isn't revealed until Episode 4. On that fateful night in 1995, Alex, Luke, and Reggie went to get hot dogs to fuel up before their big performance at the Orpheum. Bobby stayed behind to flirt with Rose, a woman working in the club. So when his bandmates got food poisoning and died, Bobby survived.

Cut to 2020, and the dead Sunset Curve members have returned as ghosts to start a band with teenager Julie, whose family now lives in the house where Sunset Curve used to practice. She's the one who breaks the news that Bobby used all of the band's music to become rich and famous on his own. When Luke plays a guitar riff for a song he wrote, Julie says she's heard that already in a Trevor Wilson song. She brings up his website to show them, and the boys recognize Trevor as Bobby. He changed his name and stole all of the songs Luke wrote. He's also the father of Julie's high school bully Carrie, which isn't all that surprising given the kind of example he apparently set for her.

Bobby never gave his dead bandmates credit for their role in his music, nor did he share any of his profits with their families. It's a low blow for the band, and they want revenge.

When they sneak into Bobby/Trevor's house to invisibly terrorize him, they see just how successful he is. He lives in a mansion on the beach, owns a helicopter, and has a wall lined with awards. He got the big break the band had been working toward together, and he claimed it as his own. He probably never imagined his former bandmates would return as ghosts to haunt him.

Alex, Luke, and Reggie can't be seen by other people unless they're playing music with Julie, and in the final episodes, Bobby stumbles across a video of the Julie and the Phantoms band. He instantly recognizes his dead bandmates, and he books a ticket for their Orpheum show. But if he had plans to confront them or figure out what was going on, he never got the chance. He just sat in the audience looking super wigged out. Maybe Season 2 can explore an unhappy reunion and give Luke, Alex, and Reggie a chance for the revenge they want — or even just some explanation for their families. It's the least Bobby could do for making his name on the backs of his dead best friends.