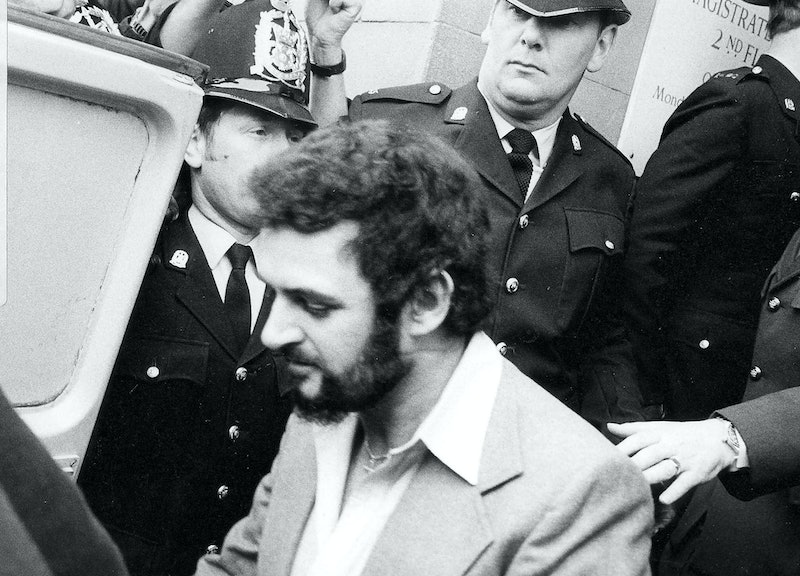 It's a true crime story that still sends shivers 40 years later. In 1981, Yorkshire lorry driver Paul Sutcliffe was convicted of murdering 13 women and attempting to murder seven more between the years 1975 and 1980. In a new four-part docuseries called The Ripper, Netflix looks back at Sutcliffe's heinous crimes and speaks to the families of the victims. But what happened to Peter Sutcliffe after he was caught? And is he still alive today?

After close to 40 years in prison, serving 20 life sentences, Peter Sutcliffe died on November 13, 2020, after contracting COVID-19. According to multiple reports, the 72 year old refused treatment and suffered from underlying conditions such as pneumonia, diabetes, and heart disease.

Peter's ashes were d to his brother Mick Sutcliffe, who is 70 and suffering from lung disease. “It was just white powder. I did not feel anything. He is gone and that is it,” Mick told The Mirror.

Mick said he was too ill to scatter his brother's ashes so he split them between two friends "who were regularly in touch with Peter," he told the tabloid. He also said that he had sent the remains via Royal Mail.

Per The Mirror, the killer's ex-wife Sonia Sutcliffe held a funeral two weeks after he died. Sonia, who filed for divorce thirteen years after he was sentenced, failed to invite the killer's family.

"Our Peter would go absolutely barmy if he knew I didn’t know. Peter has caused so much pain. He also put our family through hell. So we needed to be at that funeral to get that closure," Mick said.

Before his death, Peter had been serving 20 live sentences. He was first imprisoned at Parkhurst prison in the Isle Of Wight, but three years after he was sentenced, he spent time in a high-security psychiatric facility on the grounds that he was "suffering from a grave form of mental illness".

In 2016, the killer was moved back into mainstream prison, serving at Frankland Prison in Durham before he died.

The new Netflix docuseries, which was released on Dec. 16, has caused a visceral reaction from viewers — many of whom are shocked by how poorly the case was handled during the '70s and '80s. The Ripper hears from investigators, journalists, survivors and the victims' families on their stories, and how the prejudices and misogyny of the time played a part in these women being so tragically let down.

But the series itself has also received criticism from families of the victims who say the term “ripper” is traumatising for them to hear. Netflix changed the documentary's name from Once Upon A Time In Yorkshire to The Ripper ahead of its release date.

Not to be confused with Jack The Ripper — the unknown serial killer who murdered women during the 1800s — Peter was dubbed the 'Yorkshire Ripper' after the press drew comparisons between the murderers.

Richard McCann, son of first known victim Wilma, tweeted last week: “Can people of Twitter please show @NetflixUK how inappropriate it to call their new series about the crimes of Sutcliffe The Ripper. Nine families affected by his crimes have asked for it to be changed out of respect for our mothers/sisters/daughters. The moniker ‘the Yorkshire Ripper’ has traumatised us and our families for four decades."

In response the criticism, Netflix told The Sunday Times: “This is not a series about Sutcliffe but a sensitive re-examination of the crimes within the context of England in the late 1970s. This was a time of radical change: a time of poverty and misogyny in which Sutcliffe’s victims were dehumanised by the media and the police, and that resulted in the perpetrator evading capture for five years.”