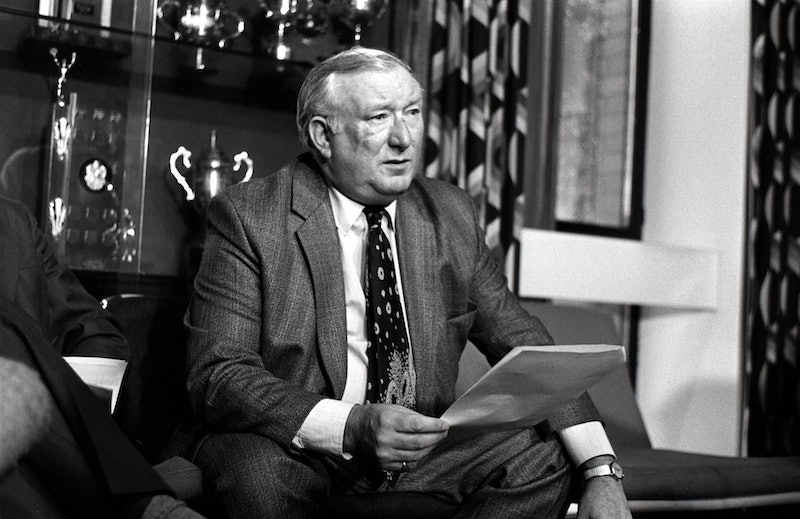 New Netflix docu-series The Ripper premiere on Wednesday (Dec. 16) and is already the hot topic of discussion among true crime fans. Peter Sutcliffe himself recently died in prison in November 2020, but where is George Oldfield now? The former chief constable also features prominently in the show.

Well, Oldfield actually passed away many years ago, back in 1985. A recently digitised article by The New York Times explains that Oldfield was just 61 when he died at Pinderfields Hospital in Wakefield, West Yorkshire, after a "long illness." This was just four years after Sutcliffe was caught for his murderous crimes that spanned from 1975 to 1980.

Oldfield played a key part in the investigation to find the killer, leading the search until he suffered a heart attack at the age of 57 and was taken off the case. His official title had been assistant chief constable in West Yorkshire, in charge of the criminal investigation division.

However, despite his work towards finding the killer, Oldfield experienced a large volume of criticism for mistakes made during his time on the case and for an attitude towards the victims that was underpinned by sexism. Critics believes that Oldfield's missteps allowed Sutcliffe to run rampant for years before he was eventually caught. An incredible 2.5 million police officer hours were allegedly spent trying to find the killer, who was interviewed nine times before he was finally apprehended.

Oldfield was also said to have been "hoodwinked" by a hoax tape and two letters that were sent from a person in Sunderland purporting to be from the Ripper. The tape addressed Oldfield personally, with the message: “Lord, you are no nearer catching me now than four years ago when I started. I reckon your boys are letting you down George. You can’t be much good can ya?”

Despite warnings this could be a hoax, Oldfield was convinced this man was the killer, thus focusing his efforts on him for much of the search. This mistake has apparently been described as one of the biggest in British criminal history.

Oldfield never responded to such criticism before his death.

More like this
After The Bling Ring, Nick Prugo Was Embroiled In Another Scandal
By Arya Roshanian
Here's When 'The Crown' Season 5 Will Premiere — And What To Expect
By Bustle Editors
'Heartstopper' S2 Just Welcomed Four Brand New Cast Members
By Nola Ojomu and Sam Ramsden
What Reporting On The UK’s Most Prolific Cyber Stalker Taught Me
By Sirin Kale
Get The Very Best Of Bustle/UK