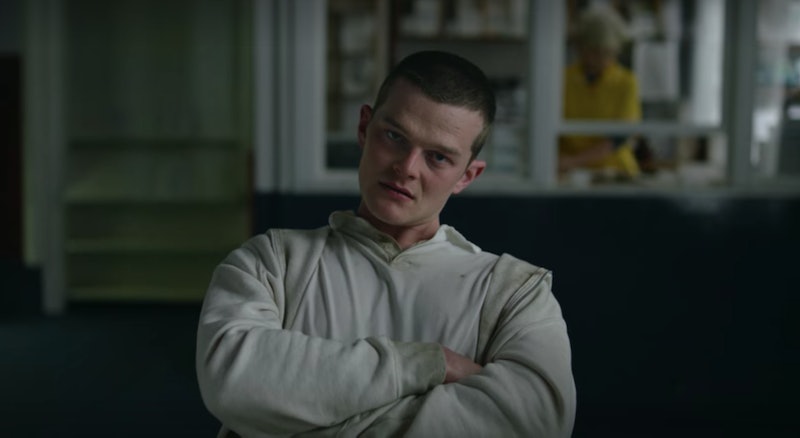 'Behind Her Eyes' / Netflix

Spoilers ahead for Behind Her Eyes series one. Between the trippy dreamscapes and the completely insane ending, Netflix's new psychological thriller Behind Her Eyes will certainly leave viewers with plenty of questions. Based on Sarah Pinborough’s novel of the same name, it focuses on Louise, a divorced mother who begins an affair with her steely psychiatrist boss, while also developing a friendship with his wife Adele — a kept woman with a troubled past and wide vacant eyes. Adele's time in the psychiatric ward is pretty central to the series' storyline, but what happened to Robert, Adele's confidante she met in rehab?

Well, while Rob may appear to be a sub-character at first, his story is an important piece in the series' very entangled puzzle.

Played by Robert Aramayo, Rob frequently appears in throwback scenes with Adele (Eve Hewson) when she seeking treatment after the tragic death of her parents a decade ago. Rob appears to be infatuated with Adele and the pair develop a co-dependent friendship, which we soon learn is far closer than you think. And here's where it gets very complicated.

Throughout the series, lucid dream sequences reveal that the friends learned how to astral project and switch bodies... and here I thought this was a film about an affair.

In the present day, Louise reveals to Adele that she suffers from pretty scary night terrors and sleepwalking, and Adele attempts to help her control them with the help of Rob's old dream diary. This isn't a good idea...

Much later, Adele tells Louise that Rob came to visit her and David 10 years ago at the ward after which she has never seen him again. But of course, it's not that simple. As David and Adele's very weird and controlling relationship starts to concern Louise, she begins to do some digging and becomes convinced Adele is a sociopath, claiming David had killed Rob.

However, after confronting him, David says when he arrived at the ward all those years ago Adele told him Rob had overdosed. She had moved his body to the well in a state of panic. So what's the real story?

Well, the answer is far too complicated to condense but, spoiler alert, Adele is actually Rob in Adele’s body and, in possibly one the most bizarre twists in thriller history, he later switches bodies with Louise via astral projection. And, after killing Louise-in-Adele’s-body, Rob gets married to David as Louise. Phew.

It's safe to say Behind Her Eyes is far from just a story about a broken marriage, and spins a sinister, creepy AF web involving night terrors, drug abuse, sleepwalking, and personality disorders. It'll have you questioning what (and who) is real...