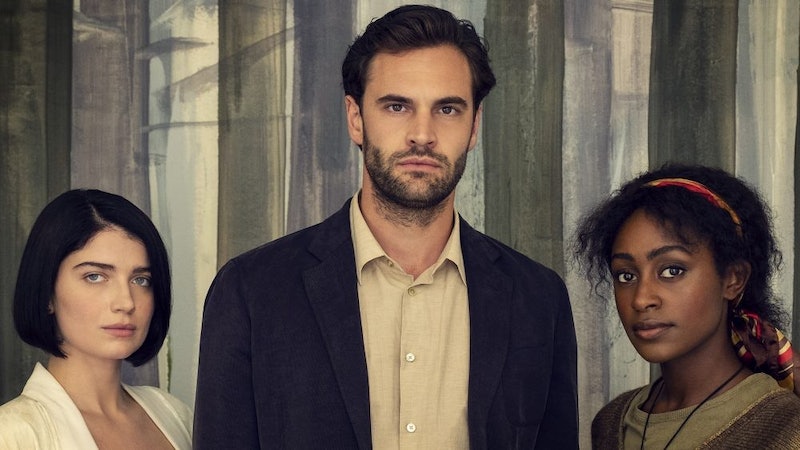 Behind Her Eyes, Netflix’s latest psychological thriller based on Sarah Pinborough's best selling novel of the same name, is touted for great things. If the rest of pandemic viewing is to go by, I reckon the suspenseful thriller will make Behind Her Eyes a one-sitting watch, leaving us thirsty for more. But will Behind Her Eyes return for a second season? Here’s what we know so far.

The six-part series follows Louise, a single mother who begins an affair with her psychiatrist boss, whilst also forming an unlikely new friendship with his wife. As you can imagine, the usual love-triangle drama ensues, but the story takes a dark turn and Louise quickly finds herself wrapped up in a web of mysterious secrets and twisted mind games. As the blurb for Pinborough's original novel reads “don’t trust this book, don’t trust these people, don’t trust yourself,” and requests that readers “whatever you do, don’t give away that ending.”

That ending is what has fans in suspended animation, awaiting the Netflix series start. The streaming service has already confirmed that “Behind Her Eyes is a new thriller based on the best-selling book… yes, the book with THAT ending.” Odds are, as the series covers the entirety of the book, it will not return for a second series, but that is unconfirmed.

Starring Simona Brown (The Night Manager), Eve Hewson (Robin Hood) and Tom Bateman (Murder on the Orient Express), the psychological thriller is scheduled to premiere on Netflix on Feb. 17 February and is so far touted as a limited series, so we’ll have to wait to see if the show is picked up for a second season.

Stream season one of Behind Her Eyes from Feb. 17 on Netflix.