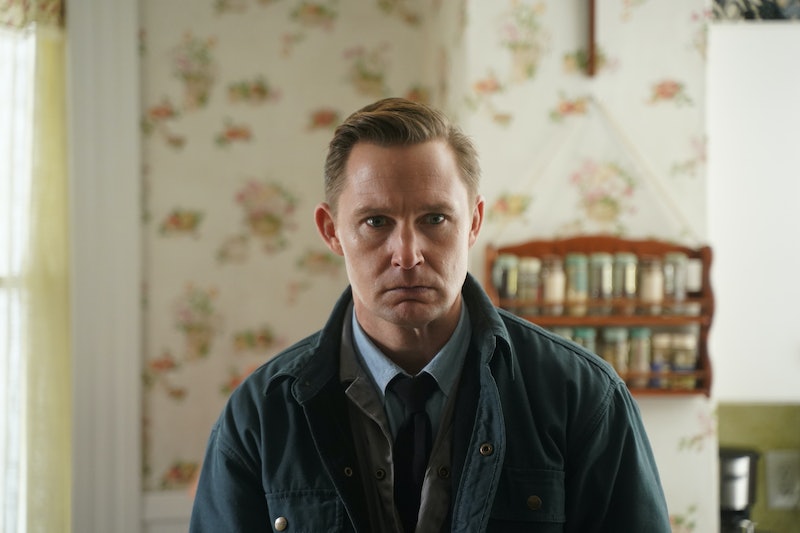 Spoilers for Big Sky Season 1, Episode 7. It may look like Ronald is about to get caught on Big Sky, but he's wormed his way out of predicaments before. In the final moments of the episode, Cassie and Jenny knocked on Legarski's door to show his wife Merrilee the sketch they'd just made of Legarski's trucker co-conspirator. Merilee was shocked to realize that the sketch was of Ronald, who was in her house at that very moment. With Ronald upstairs and unaware that Cassie and Jenny are on to him, it would seem that he wouldn't be able to escape. They're armed and ready. But the synopsis for the next two episodes hint that the chase has only just begun.

The description for the Feb. 9 episode says, "Ronald finds himself in a precarious situation thanks to a nosy paperboy. With his back against the wall, Ronald will have to address his inner demons and decide just how far is too far." It sounds like he might be able to escape Legarski's house, but his mother's murder may be discovered by the paper boy. And then it doesn't even sound like he'll be caught by the next episode either. The Feb. 16 episode description says, "While knocking on doors and searching for clues, Cassie unexpectedly comes face-to-face with Ronald, which puts her in danger." The Highway novel, which Big Sky is based on, also hints at Ronald's fate. Major book spoilers ahead.

Ronald getting away would be consistent with what happens in the book. The final chapter of The Highway reveals that Ronald changes his name to Dale Everett Spradley and manages to create a whole new identity for himself. He ditches his truck and gets a new rig and decides to stay on the run — never too long in any one place or any one state, lest he be caught. And in the final moments of the novel, he's back at his old game of preying on women. That's certainly the same direction the show could take if it wants to keep Ronald alive for potential Season 2 drama.

In any case, it doesn't seem like Cassie and Jenny will be taking him in any time soon, and next week we'll see if and how Ronald is able to escape his current predicament. Legarski may have thought that Ronald was the weaker of the pair, but he's proving himself to be even wilier than Legarski himself.

More like this
Who Is Pete Davidson Dating? He & Chase Sui Wonders Got Caught Kissing
By Jake Viswanath
Netflix Shut Down 'Bridgerton' S3 Rumours About A “Very Dark” Storyline
By Bustle
Linda Ronstadt’s “Long Long Time” Plays A Pivotal Role In The Last Of Us
By Brad Witter
Taylor Swift Visited The 'Glee' Set For This Bizarre Season 5 Episode
By Grace Wehniainen
Get Even More From Bustle — Sign Up For The Newsletter
From hair trends to relationship advice, our daily newsletter has everything you need to sound like a person who’s on TikTok, even if you aren’t.