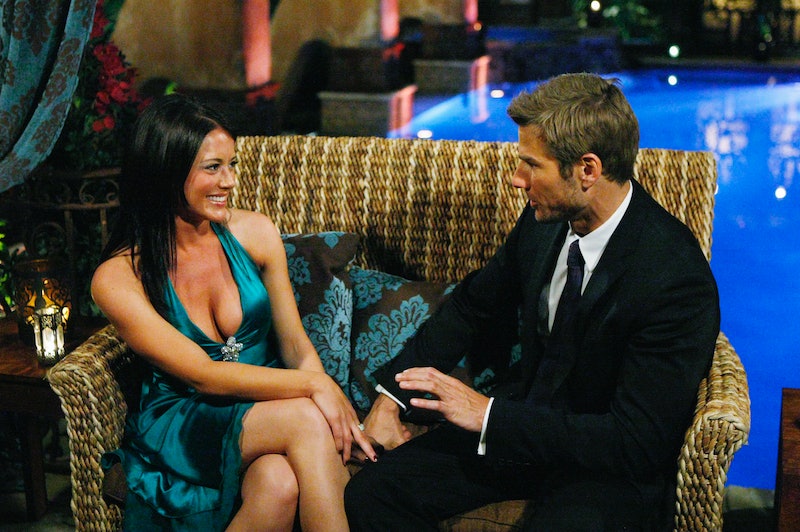 It didn't take long for Season 15 Bachelor contestant Chantal O'Brien to move on after Brad Womack rejected her for Emily Maynard in 2011. By the time After the Final Rose aired, she was already dating Jeff Razore, and even reportedly turned down becoming the Bachelorette to be with him. "She signed contracts and everything, but then she met a guy and fell madly in love with him," a Bachelor "insider" claimed to Hollywood Life at the time.

Now, 10 years later, Chantal and Jeff are married with two children and living in Washington. "[Being on The Bachelor] allowed me to be where I am now and be in a relationship," Chantal told People shortly after appearing on the show. "I’m back into normal life, which I’m really happy with."

Aside from modeling for Sports Illustrated that same year, Chantal largely stepped back from the public eye after The Bachelor. Unlike some of the show's more recent alums, she barely has an online presence. She is on Instagram, but her account is private and she has only 290 followers.

Jeff (whose Instagram is also private) is an investor and business development officer at the Seattle-based private wealth management firm Evergreen Gavekal. According to the Seattle Times, he and his family have also been prominent boosters of the sports teams at Bellevue High School, where Jeff was an assistant football coach. However, in 2015, he was accused of improperly recruiting athletes by covering tuition costs and using the club basketball team he founded as a talent-scouting tool for Bellevue. According to the Times, Jeff denied the allegations.

The only other clues as to what Chantal is up to now comes from her Pinterest boards, where she curates ideas and inspiration for her kids, her home, and her dinner table. Maybe the July 20 episode of The Bachelor: The Greatest Seasons — Ever!, which is set to revisit Brad's Bachelor seasons, will provide some more updates.

More like this
Yes, That's Christina From 'The Bachelor' In Taylor Swift's "Fifteen" Music Video
By Brad Witter
All The Clues About Aly & Zach’s Relationship Status After 'The Bachelor'
By Brad Witter
Tahzjuan Took A Cruise With These Bachelor Nation Alums After Visiting Zach's Season
By Kayla Blanton and Grace Wehniainen
Zach Explained Why He Had To Send Bailey Home Early On 'The Bachelor'
By Brad Witter
Get Even More From Bustle — Sign Up For The Newsletter
From hair trends to relationship advice, our daily newsletter has everything you need to sound like a person who’s on TikTok, even if you aren’t.