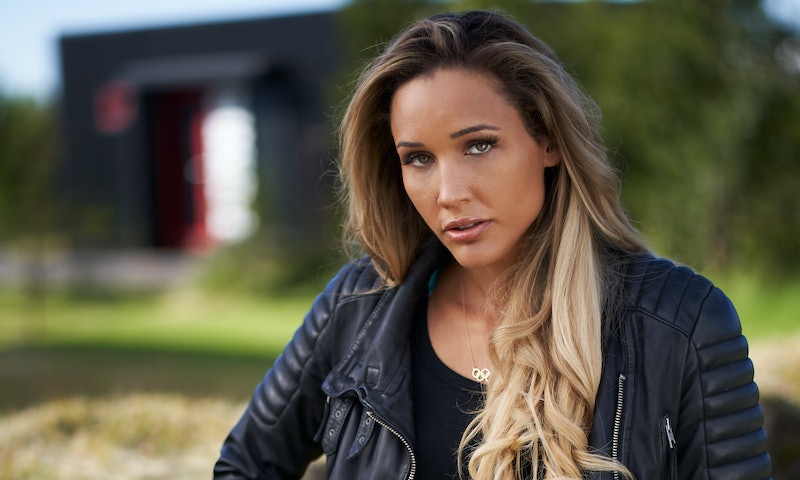 When Lolo Jones started training for The Challenge: Double Agents, she had already been working toward a whole different type of competition — the Olympics. Jones is both a summer and a winter sports athlete, which means she doesn't have much of an off-season. As such, when she wrapped filming on The Challenge, she got right back to work for the postponed 2020 Summer Olympics (now taking place in mid-2021) as well as the 2022 Winter Olympics.

First up are the Summer Games, where Jones hopes to qualify for hurdling for the first time since 2012. According to the Associated Press, Jones had to take the 2016 Summer Games off for hip surgery, but she's ready to make her return and pivot her training technique.

Ahead of today's premiere on MTV, Jones explained her approach to For The Win and said she thinks her Olympic training may have hindered her Challenge endurance skills. Though she's a world-class athlete, she was mostly used to running short distances, and the show requires a range of fitness talents. "I tried my best, but in reality, I only had about two or three weeks where I could do proper Challenge training," she said. "And I will say this: With any competition, you need months, not weeks."

Now that she's back from filming, she has months to fall into her normal training program and prepare for the Tokyo Olympics. The track and field trials take place in June 2021, and they'll determine whether Jones gets to go to Japan. And Since the 2022 Winter Olympics are right around the corner as well, Jones has been putting in overtime so she'll be primed to compete with the USA bobsled team.

It's a busy schedule for the athlete, but she makes sure to take time for herself when she can. Over the summer, she got a puppy named Fried Chicken to help with some of the loneliness brought on by quarantine. "I'm not an extrovert. I don't really go out. But when all human interaction was removed for months during quarantine I sank into a depression I have never tasted in my life," she wrote on Instagram. Her solution was to get a furry best friend, and even though she fully acknowledged that a dog isn't a cure for what she was feeling, Fried Chicken definitely helped. She's now fully settled into dog mom mode, and her pup is pretty much glued to her side.

No matter how Jones performs on Double Agents, her biggest competitions are still in front of her. But as one of just 10 athletes who've participated in both summer and winter Olympic sports, she's used to pushing herself to be the best.