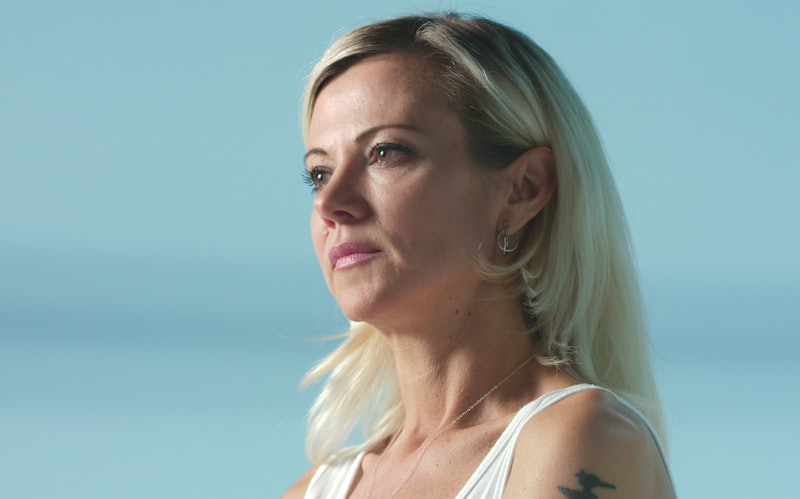 Netflix’s new docuseries Bad Vegan dives into the life of restaurateur Sarma Melngailis, whose raw vegan restaurant Pure Food and Wine became a celebrity hotspot in the early 2000s. After meeting her eventual husband Anthony Strangis, the business began to fall apart. The four-part series recounts how Strangis allegedly gaslit and coerced Melngailis into stealing $2 million from staff and investors, forcing Pure Food and Wine to shut down. Strangis has denied all of the allegations, while Melngailis pleaded guilty to theft and fraud charges in 2017. Bad Vegan marks the first time she’s spoken publicly about the events in years. Here’s everything to know about the bizarre tale and what Melngailis is doing now.

According to Paper Mag, Melngailis was once celebrated for her business and cooking skills. She graduated with an economics degree from Wharton and then obtained a culinary degree from the French Culinary Institute in 1999. She then worked in various restaurants and wrote several cookbooks before being drawn to the raw food movement and vegan eating. She and her boyfriend, chef Matthew Kenney, opened Pure Food and Wine in 2004. It quickly attracted celebrities like Anne Hathaway and Rooney Mara, and had an annual revenue of about $7 million, per Vanity Fair.

After Kenney and Melngailis broke up, she kept Pure Food and Wine going. Around 2011, she began talking to Anthony Strangis — a stranger with a criminal past who was going by the name “Shane Fox” — through Twitter, and they met up in November 2011. Strangis claimed he could help Melngailis’ restaurant become independent from “meddling investors,” but the money never materialized. They broke up after she terminated a pregnancy, but then got married in December 2012. "He told me if I was his wife I'd be more protected," she told Vanity Fair. "It was vague."

While the two were married, Strangis began claiming he had a secret brother who worked in surveillance, and that he and Melngailis were being hunted by a shadowy organization. He demanded she turn over the logins for her email, phone, and bank accounts, and would throw tantrums when she refused. He told her that all the money she was loaning him was part of a series of “cosmic endurance tests” and that the rewards would be immense. In all, Melngailis gave Strangis over $1.2 million.

"He convinced me I'd be empowered in ways I couldn't imagine," Melngailis alleged to Vanity Fair. "I could do all the world-changing things I'd been quietly dreaming about. I could help whoever I want, and stay young forever doing it." Her attorneys later argued she was the victim of “coercive control.”

Pure Food and Wine closed in July 2015, and Melngailis and Strangis went on the run. They were arrested on May 10, 2016 after holing up for 40 days in a Tennessee hotel; they were caught because Strangis ordered a Domino’s pizza under his real name. Melngailis and Strangis were accused of stealing $844,000 from four investors, failing to pay $400,000 in taxes, and "shortchanging employees" $40,000 in wages and using that money to buy luxury goods, per CBS News.

Melngailis pleaded guilty and served four months at Rikers Island in 2017. Strangis served a year in prison and got five years of probation which is set to end in May 2022.

Melngailis filed for divorce from Strangis in May 2018, and it does not appear that they’re still in communication, though Bad Vegan leaves that question open-ended.

Melngailis first adopted her dog around 2010, after she befriended actor Alec Baldwin and encouraged him to get a dog. While looking at shelter dogs in Brooklyn, she got attached to a pit bull. So she took him home and named him Leon.

"She wasn't someone who dated a lot of people," Baldwin told Vanity Fair. "She worked at the restaurant, did the books, went home, and passed out with her dog."

One of the major reasons that Melngailis says she believed Strangis’ claims is because he promised her that "Leon would be immortal and safe by my side for eternity,” Melngailis alleged to Vanity Fair. Today, Melngailis still has Leon, and her Instagram is mostly pictures of him and their adventures together. According to a March 10 post, Leon is now 12 years old.

According to a blog post, Melngailis’ dad is from Latvia. He fled the country in 1944 with his family, and worked as a physicist at M.I.T. in the 1970s and ‘80s. Their family used to be bakers, so when her dad retired, he decided to open his own bread-making business in New York City, Black Rooster Food, which he’s still operating today.

Melngailis’ mom is Susan H. Jasse and she runs an orchard in New Hampshire.

Melngailis used to use Pure Food and Wine’s company website as her personal blog, but it shut down when the restaurant did. She later launched a personal website, Sarma Raw, to share her story. “I hope to be able to turn things right side up again. In the meantime, here you will find things I wrote in the past and things I write now,” she explained on the blog.

Where Is Sarma Melngailis Now?

Melngailis currently lives in Harlem with Leon. She doesn’t seem to have any plans to reopen Pure Food and Wine or start another business, though she appears to sometimes help out with her dad’s bread company. “I don’t want to reinvent myself, I want the self (and business) back that I had before,” she wrote on her blog in 2018. “But how in the world could that happen? I have no clue. If I think too hard about how messy the slate is, I end up wanting only to burrow under the covers in the dark and take a nap that lasts forever.”