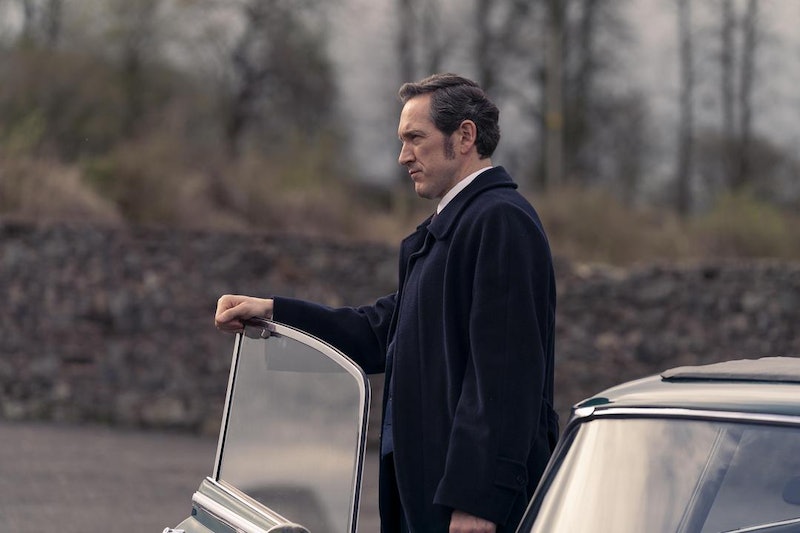 Inspector Adam Dalgleish has been leading viewers around his world of crime, intrigue, and deceit in Channel 5’s latest adaptation of the popular P. D James novel series. Previously adapted by ITV and BBC in the early 90s and 2000s, respectively, in which the protagonist was played by Roy Marsden, the latest series is creating quite the storm among the fictional crime watching community.

Starring Bertie Carvel (best known for playing Simon in BBC One’s Doctor Foster), Dalgliesh adapts the plots of three selected novels from the crime series. The six-part series dedicates two episodes to each novel novel. The first four episodes, based on Shroud Of A Nightingale (1971) and The Black Tower (1975), respectively, have come out to solid reviews. According to the Guardian, “Sometimes it just works to have a good story plainly told”. On Twitter, one viewer wrote that The Black Tower adaptation was “a sublime piece of writing.” They continued, “A sparse and intense look at religion & Dalgliesh’s inner life. PD James’ spirit permeates every inch. This series @channel5_tv keeps getting better and better…”

The episodes based on the final book, A Taste For Death (1986), will begin this Thursday (November 18). In this whodunit, Dalgliesh (who has been promoted from Inspector to Commander) is led through a convoluted case in a bid to solve the brutal murders discovered in a vestry in St Matthews Church.

This shocking tale begins as it means to go on. When the bodies of an alcoholic vagrant and Sir Paul Berowne, the recently resigned Minister Of State, are found side by side, Dalgliesh sets about pulling the threads of the case together.

Although the scene in the church is set up to look like a murder-suicide, there are a number of characters with a motive. Dalgliesh first investigates the various dynamics and personalities that make up the Berowne family. Joined by DCI John Massingham and DI Kate Miskin, they speak to the grieving mother Lady Ursula Berowne, Sir Paul Berowne’s widow Barbara, the housekeeper Evelyn Matlock, and Barbara’s brother Dominic Swayne.

The evidence found at the crime scene is equally baffling, with a struck match, a diary, and a bloody razor – the only clues Dalgleish has to work on. But, the case continues, a vital piece of information emerges – a missing button.

The new evidence leads Dalgleish straight to the culprit: Dominic Swayne. But Barbara’s brother is one step ahead and holds Kate Miskin and her grandmother hostage to avoid capture. His hopes of escaping are cut short, however, when Miskin’s boyfriend alerts the police. When the police arrive, Swayne shoots and kills the grandmother. Order is restored but Miskin is – of course – left heartbroken. In other words, it is a bittersweet ending.

If you want to see how Channel 5 portrays this complicated and ultimately quite tragic story, tune in on Thursday at 9 p.m.

More like this
Everything To Know About The 'Daisy Jones & The Six' TV Series
By Maxine Harrison and Brad Witter
Con O'Neill Was Connected With Sarah Lancashire Long Before 'Happy Valley'
By El Hunt
'The Catch' Revisits A Famed Irish Filming Spot From 'The Tudors'
By Darshita Goyal
'Bridgerton' S3 Will Show A *Very* Different Side To Kanthony
By Sam Ramsden
Get The Very Best Of Bustle/UK
Sign up for Bustle UK's twice-weekly newsletter, featuring the latest must-watch TV, moving personal stories, and expert advice on the hottest viral buys.