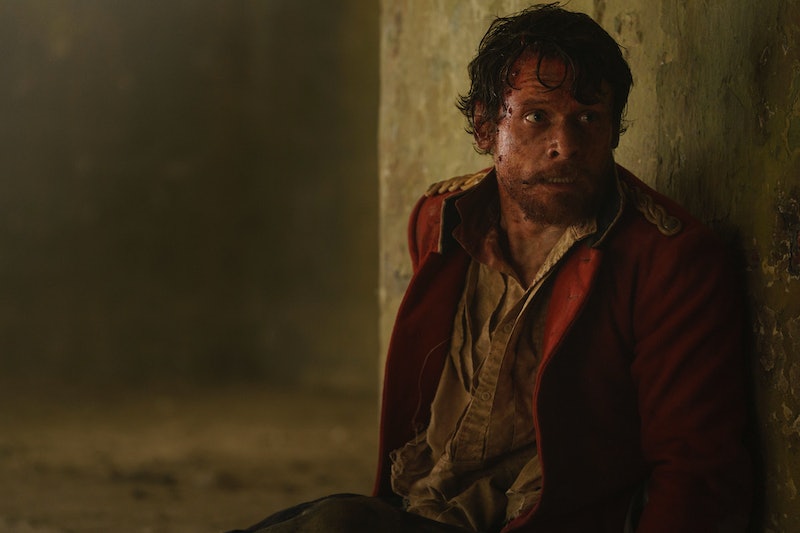 Spoilers for The North Water book and TV series ahead. Ian McGuire’s The North Water was praised for its gripping – albeit gruesome – survival plot when it was released back in 2016. Set in the late 1800s, the international bestseller details a chilling whaling expedition to the Arctic with a murderous psychopath on board. As an Independent reviewer wrote at the time, “when McGuire’s sailors are not killing wild beasts they are killing each other – and worse.”

Now the chilling tale has been adapted for an upcoming BBC Two series of the same name, with actors Colin Farrell, Jack O’Connell, and Stephen Graham on board to play sailors who take part in a doomed voyage. The North Water series has been adapted by acclaimed writer and director Andrew Haigh but follows much of Ian McGuire’s original brutal plot.

As viewers prepare to marathon the five-episode series, those who aren’t bothered by spoilers may be keen to learn details about the book. And, more specifically, the book’s ending.

The North Water novel opens with gruesome violence, introducing readers to the evil Henry Drax a “harpooner, murderer, monster” who signs up for a six-month whaling expedition aboard the Volunteer ship from Hull to the Arctic. I’ll save the grim details (shared explicitly in the book) but Drax commits horrendous crimes even before setting sail.

The gripping book then introduced Patrick Sumner (played by Jack O’Connell in the series), an ex British Army surgeon who has returned from serving in India with his reputation in tatters. Told from Sumner’s perspective, the book explains how the doctor has “little option but to accept the position of ship's surgeon on this ill-fated voyage.”

On board the Volunteer ship, which is led by Captain Brownlee, the book goes into great detail about the “cold, violence, cruelty and the raw, bloody business of whale-killing.” It’s grim work, as McGuire writes, and the men are “empurpled, reeking, drenched in the fish's steaming, expectorated gore.” But that’s far from the worse part. Days into the journey, a young cabin boy is discovered brutally killed and Sumner finds himself forced to act.

What follows is a whodunnit-type investigation (though the reader knows full well who did) led by Sumner, who eventually learns that Drax is the killer. As Captain Brownlee also learns of Drax’s crime, he’s attacked by Drax and left with life-ending injuries. Drax is then imprisoned on the ship for his horrendous actions.

Amongst all this is Drax’s plot to sink the ship and claim the insurance money — a plot cooked up with other criminal crew members. They eventually succeed and end up hiking through the icy terrain of the Arctic before Drax kills many of his accomplices and hops on another ship back home.

So how does it end? Well, following a rescue mission, a lost Sumner manages to return home, with the hope that he can bring Drax to justice. Unsurprisingly, Drax and another accomplice try to kill Sumner but the ex surgeon manages, gain the upper hand, and kill Drax instead. He leaves England with some of the insurance money and starts a new life.

Ahead of the series release, writer and director Andrew Haigh said he was “incredibly lucky” to bring the work to screen. “The novel by Ian McGuire is a darkly brilliant piece of work, propelled by a vision of the world that is both beautiful and brutal,” he said.

“It feels bracingly modern and is piercingly perceptive about the nature of what drives us all. I feel incredibly lucky to be given the chance to bring this story to the screen and very privileged to be doing so with the BBC.”