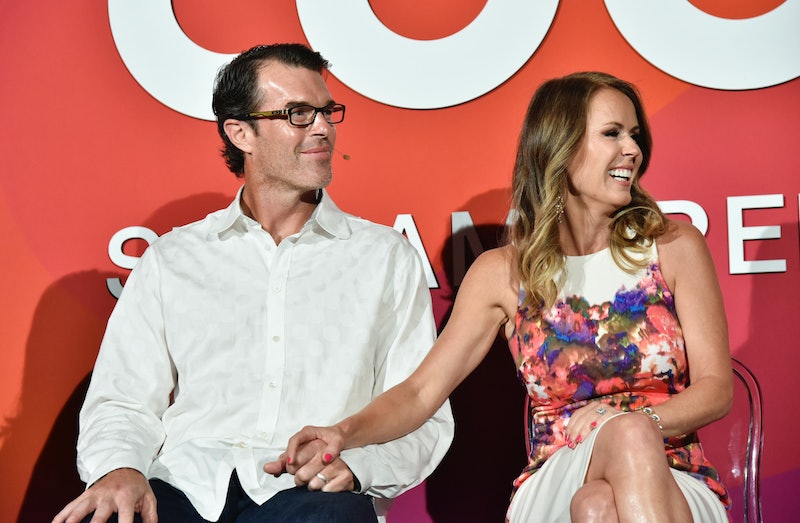 Prepare to feel old: it's been nearly two decades since the first season of The Bachelorette aired. That means the founding couple of Bachelor Nation, Trista and Ryan Sutter, have now been together for 17 years. If their time on the show feels like it happened in a distant past life, you're not alone.

"It's actually gotten to the point where it seems like you have to sort of remind yourself you're even on [the show]," Ryan told Entertainment Tonight during a recent interview.

Trista and Ryan are one of the rare couples from the franchise to have gotten married and stayed together after the series. And considering Season 1 Bachelor Alex Michel is no longer with his final rose pick, they're also the longest-standing couple from the show. "We've been really lucky, but it takes a lot of work," Trista told ET of their marriage.

The two tied the knot in 2003, shortly after their Bachelorette season aired. They now live in Vail, Colorado with their 12-year-old son, Maxwell, and 11-year-old daughter Blakesley. As her Twitter bio declares, Trista is a proud hockey and dance mom, though she's also managed to get in on the #SponCon game with posts about bug spray and toilet paper. She published a memoir reflecting on her Bachelorette experience, Happily Ever After: The Life-Changing Power of a Grateful Heart, in 2013.

As for Ryan, he left his firefighter career to start a new job at Vail Custom Builders in 2018, only to return to the Vail Fire Department the following year. "I don’t know exactly where I'm going but I know for certain that where I am is exactly where I'm meant to be," he captioned a photo of himself inside a fire truck.

During his hiatus from firefighting, Ryan auditioned three times for the obstacle course TV show American Ninja Warrior. He made it on the show after his third try, but didn't advance beyond the Cincinnati qualifying round.

Ryan also bought a stake in the business Bearded Man Coffee, though he’s very aware he doesn’t actually have a beard. “My chosen profession forbids it,” he explained in a 2019 Instagram post. “Like you perhaps, my beard is a state of mind. It is [a] reference to the simple pleasures in life - to adventure and kindness; courage and experience. A cup of craft coffee its proverbial phone booth, [and] @beardedmancoffee unlocks superpowers and fuels possibility!!!"

All the while, Ryan and Trista have remained a present part of Bachelor Nation. Trista, in particular, is always talking about the show on Instagram, though she admitted she was a bit nervous to rewatch her season on The Bachelor: The Greatest Seasons — Ever. "Please just ignore the massive amount of turtlenecks, oversized suits, bucket hats, baby talk, and orange hair, and focus instead on the love story," she implored her IG followers.