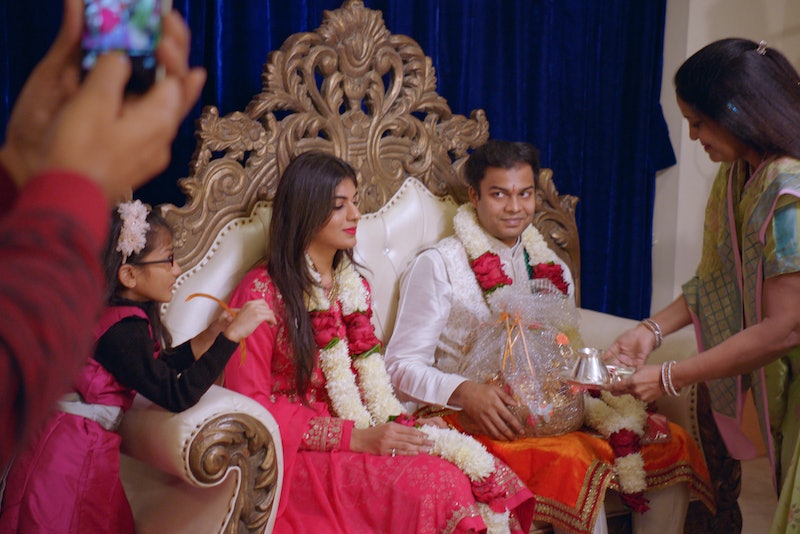 The last fans saw of Indian Matchmaking's Akshay and Radhika, they were celebrating their upcoming wedding with a pre-engagement ceremony. But as Akshay revealed to Meaww, he broke things off with Radhika the next day. "I realized in the night I couldn't sleep, the whole thing was going on in my head, like, 'What am I doing with my life, or what's going on? I cannot be stuck with this person,'" he said.

Akshay previously explained to the Los Angeles Times that he simply realized he and Radhika were incompatible. "There were some things which we found out that did not go down well with us, and eventually I called it off," he said. "Trust is something [that] once broken cannot be regained in a matter of days — it takes a really long time. I'd rather wait and be with the correct person than be stuck with the wrong person."

He added to Meaww that there was nothing "wrong" with Radhika, but that they "couldn't even hold a conversation together for more than five minutes. So that's the only reason."

On the show, Akshay seemed very hesitant about the matchmaking process — unsure of what he wanted but also very sure of what he didn't want. Before Indian Matchmaking picked up, he'd passed on around 70 women others had tried setting him up with. But his mom, Preeti, was adamant that he needed to be married by the end of that year, because Akshay's brother, who's already married, wanted to enjoy Akshay's wedding before having kids. Akshay didn't end up meeting that timeline (Indian Matchmaking filmed in 2019), but told Meaww that his parents have since relaxed a bit, and are even open to him meeting a someone organically instead of through a matchmaker.

Akshay still hasn't found that right person, but expressed interested in fellow Indian Matchmaking star Nadia, telling Meaww he liked her strength and confidence. According to the Los Angeles Times, Nadia and her match Shekar are no longer together either, so maybe she'll give Akshay a shot.