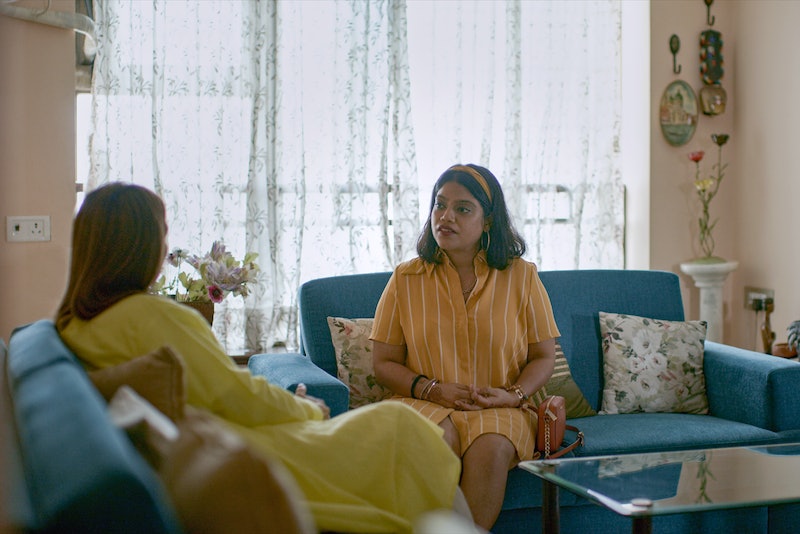 She may not have found a partner on Indian Matchmaking, but Ankita did leave the show with a renewed sense of confidence. After struggling with body image because people told her she'd never find a match if she didn't lose weight, Ankita realized she didn't want to change herself for a guy. So, she decided to remain single and focus on work, even suggesting she and her BFF get an apartment together like the characters in Friends. "I own a goddamn business. I am a business woman!" she declared in her final scene on the show.

Since then, Ankita has been doing exactly that. She runs the denim brand There!, which she hopes to make "the very antithesis of fast fashion," according to the official website. The brand currently sells an array of chic dresses, jackets, and pants, most of which are under $100, as well as $3 face masks.

As busy as she's been with her career, Ankita is still a "sucker for old school romance," having grown up watching rom-coms, she wrote on Instagram. "But I also grew up loving myself in all my glory. I take massive pride in knowing what I want [and] who I am," she added. "My parents didn't raise a princess, they raised a woman. A woman with a mind of her own."

One thing Ankita did take away from the show? She's more open to the idea of matchmaking. "At the end of the day, it all comes down to a connection," she told the Los Angeles Times. "If it's there, you can't deny it and it won't matter how you two were introduced.”

Whether she finds that connection organically or through a matchmaker, Ankita has plenty of other great loves in her life in the meantime, including her business, her friends... and Friends.