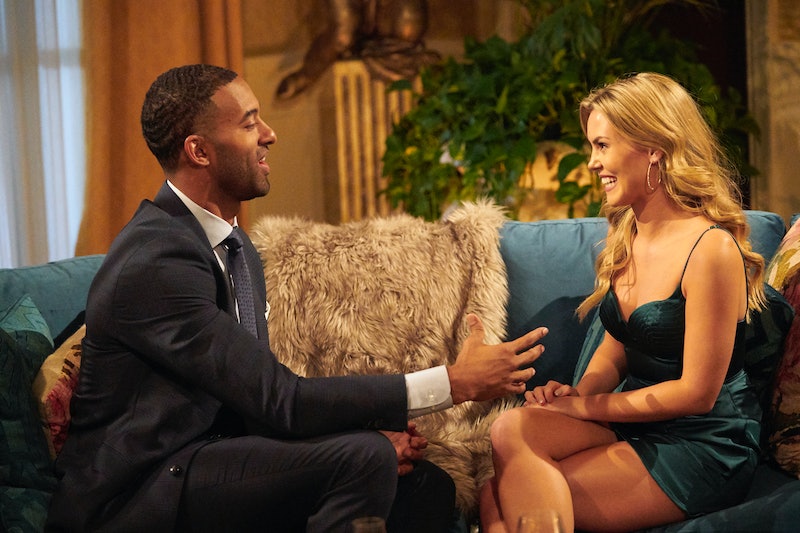 Anna may be stirring up drama on Matt's Bachelor season, but since filming ended, she's been doing the exact opposite. Whereas Brittany Galvin took to Instagram to shut down Anna's accusation that she worked as an escort, Anna has just been ignoring the situation entirely. She made her Twitter page private and turned off her Instagram comments. She's continued to share photos on IG, but they're all pretty standard ~influencer~ posts of OOTDs and selfies. And though she talked about The Bachelor a little in a TikTok video after the premiere, it was mostly her explaining how nervous she was and joking about the funny faces the camera caught her making.

Other members of Bachelor Nation have had plenty to say about Anna, though. Former Bachelor Nick Viall called her and fellow contestant Victoria Larson "kind of toxic" people with "garbage character traits" on his podcast. But Brittany has taken the opposite approach. "Yes it was a sh*tty thing to do [to spread those rumors], but let's not destroy someone's life over it," she wrote on her Instagram Story, according to Cosmopolitan. "Bringing others down is exactly what I don't want. We are bigger and better than that."

Brittany doubled down in another Instagram post, writing in the caption, "[Let's] leave all the hate and negativity behind, and keep spreading love and compassion. Putting down other women is not okay. People make mistakes and I would never want anyone to feel the way I felt. So I encourage everyone to be kind toward one another."

Perhaps she and Anna will make up on the show. A lot of fans are waiting on an apology, but it seems like Brittany has already forgiven Anna, whether or not she ever addresses her actions publicly.

More like this
Tahzjuan Took A Cruise With These Bachelor Nation Alums After Visiting Zach's Season
By Kayla Blanton and Grace Wehniainen
All The Clues Zach & Christina Are Together After 'The Bachelor'
By Grace Wehniainen
This 'Bachelor' Contestant Had The Best Reaction To Wearing The Same Dress As Another Woman
By Grace Wehniainen
A Guide To All Of Zach Shallcross' 'Bachelor' Filming Locations
By Brad Witter
Get Even More From Bustle — Sign Up For The Newsletter
From hair trends to relationship advice, our daily newsletter has everything you need to sound like a person who’s on TikTok, even if you aren’t.