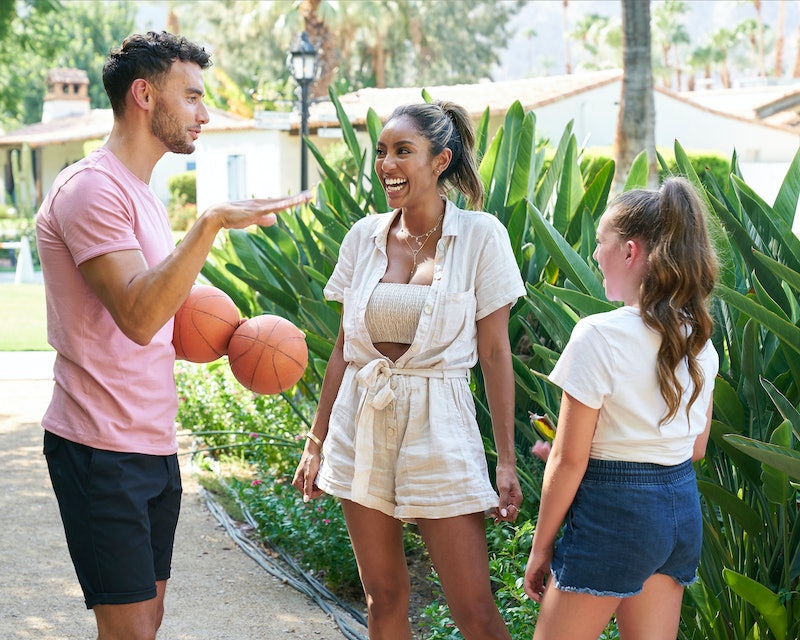 Brendan Morais may have originally been cast for Clare Crawley's Bachelorette season, but he ended up forging a strong connection with Tayshia Adams once she took over. Brendan was Tayshia's first one-on-one date, and their shared experiences and natural chemistry made it obvious that he was always going to be a shoe-in for the final four. Brendan seems like the contestant poised to win the final rose, but the preview for hometown dates hints that after The Bachelorette, Brendan and Tayshia may not be together after all.

For a while, it seemed like Tayshia was set on Brendan. In November, she admitted on Becca Kufrin and Rachel Lindsay's Bachelor Happy Hour podcast that she connected with Brendan on a deeper level from the start. "We had a long discussion about being married and being divorced and all that kind of stuff," she said. "It was like the first time that I’ve had a conversation with a man that I feel like could truly relate to me. He kind of understood where my heart and my head has been."

But it's Brendan's recent divorce that may be the reason he doesn't move forward with Tayshia. In the preview, Brendan admits he "has these concerns about proposing that I haven't been able to shake." Later Tayshia says, "This is not how I thought it was going to end," and it's unclear if she's talking about Brendan or one of the other contestants.

Regardless of what happens in the finale, today Brendan seems to be in high spirits. "I’m always either intensely smiling for no apparent reason or in my own world zoning out. There’s no in between," he posted on Instagram on Dec. 3. Even if there's nothing too obvious on Brendan's Instagram, he does seem to hint that he really is still single. Filming for The Bachelorette ended in September, and on Oct. 8 he posted a selfie with the caption, "Yeah...I've got a pinky ring on," which could be a subtle joke about not having a wedding ring. He's also posted some modeling photos, and recently shared some humorous videos about his beard hair and his dislike of the cold weather.

It appears that Brendan is laying low and staying close to his family during the pandemic. He is enjoying a bit of hometown fame, though. His brother Dan Morais works at Bethany Christian Academy, and he told The Milford Daily News that "the kids are definitely noticing" all the attention his brother has been getting. "[Brendan] is obviously extremely talented and has the body of a Greek god," Dan added. "What sets him apart is his humility — he’s a really humble guy.”