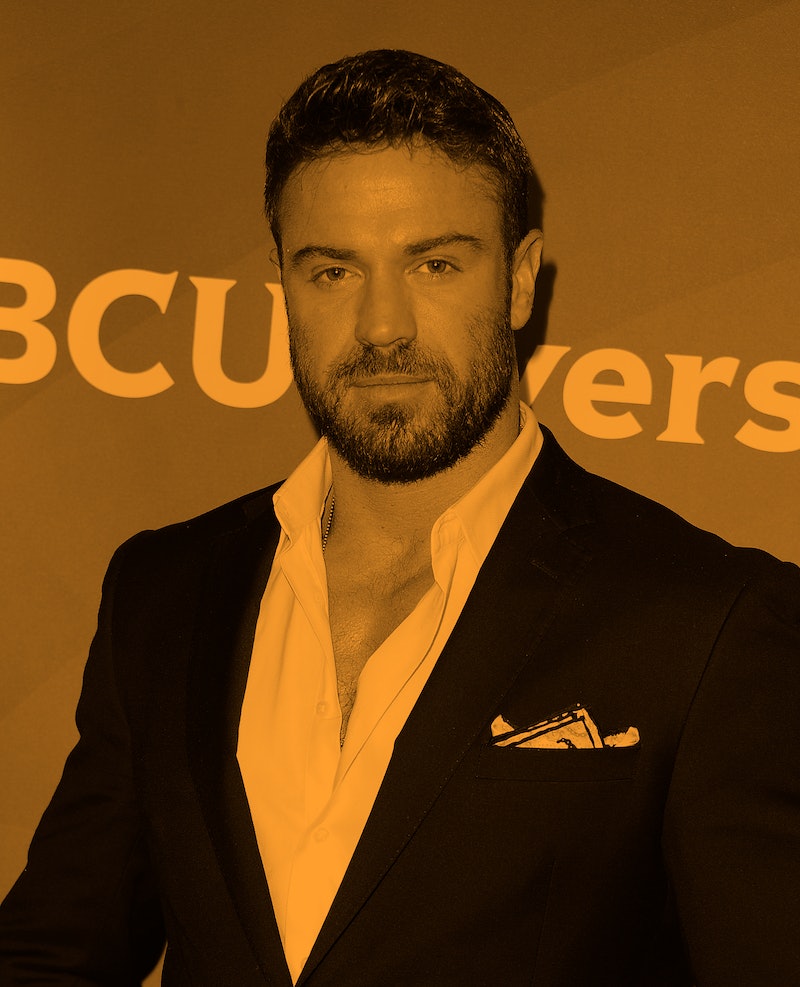 After appearing on JoJo Fletcher's season of The Bachelorette, Chad Johnson really doubled down on his reality TV villainy. He went on to appear on (and get kicked off of) Bachelor in Paradise, as well as E!'s Famously Single, MTV's Ex on the Beach, and Celebrity Big Brother UK. He also made headlines earlier this year for an alleged domestic disturbance.

In February, Chad was arrested in Van Nuys, California, for what a Los Angeles Police Department spokesperson described to Entertainment Tonight as alleged robbery with a domestic violence enhancement. According to various reports, the incident stemmed from a dispute with Chad's ex-girlfriend Annalise Mishler, during which he took her phone away and broke it.

Following the arrest, Chad posted a four-minute Instagram video in which he denied there was domestic abuse of any kind. He explained that he was "devastated" over his breakup with Annalise and, after staying sober for two months, had gotten drunk and went to her apartment to work things out, per ET. Chad claimed that their reconciliation took a turn when his ex discovered he'd signed up for a dating app shortly after their split, and Annalise filmed the confrontation with her phone.

"I was very down at the time and I was very upset and I just didn't want to be recorded. I made a stupid decision and I just grabbed her phone and I just threw it. I threw it outside," Chad said. "Now, once I went back over to her place to apologize, I was knocking on the door there. That is when one of the neighbors apparently called the police."

During a recent episode of the Hollywood Raw podcast, Chad claimed that fellow Bachelor Nation star Tyler Cameron DM'd Annalise following the February arrest. Calling Tyler a "b*tch *ss," he said that he just signed a contract to fight for Celebrity Boxing in October and would like Tyler to be his opponent.

We'll let you take some time to digest all of that now.