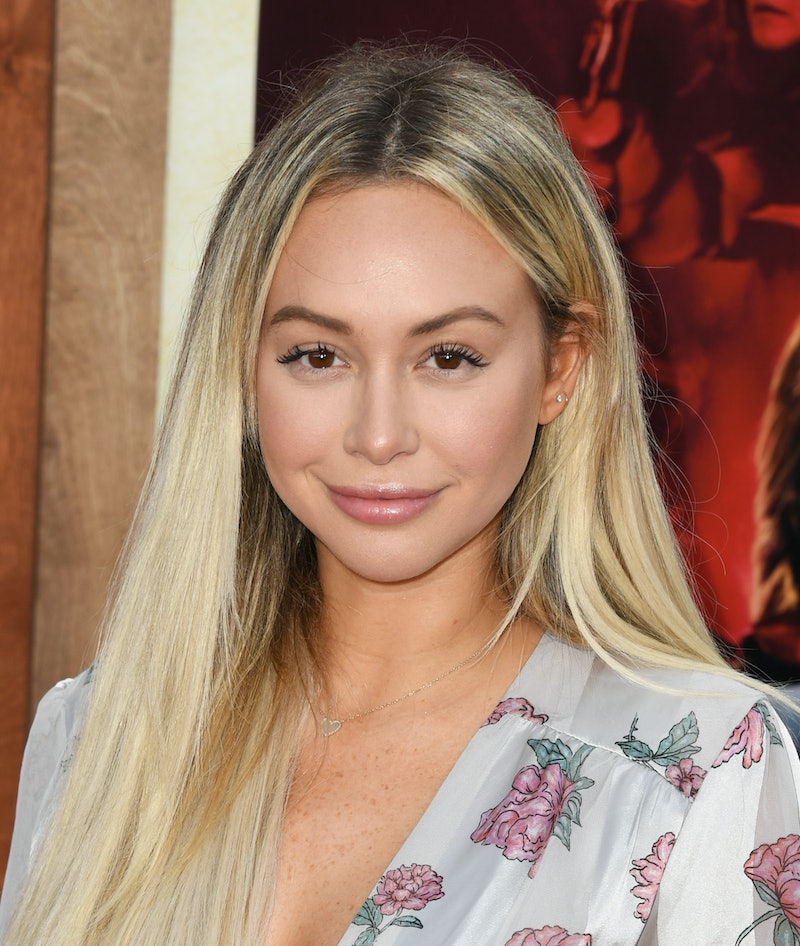 Three years after appearing on Bachelor in Paradise and The Bachelor, Corinne Olympios is in a much different place. Long gone is the “emotional 24-year-old” who idolized her nanny, lauded her basic cheese pasta recipe, and made out with Nick Viall in a bouncy house, much to the chagrin of the other women on the show.

"I acted like a psychopath," Corinne said of her time on The Bachelor franchise during a recent episode of Nick’s Patreon podcast, per E! News. "I was a completely different human at the time. I tried to do whatever I could to get your attention. Everyone freaked out, but I don't care because I got my time."

Since then, Corinne has launched her own clothing line, gotten back into modeling, and is now pursuing a stand-up comedy career. According to her bio on Improv.com, she signed onto a production company in 2019 with the goal of hosting a TV series in the future, and has been performing at major comedy clubs in Los Angeles.

She also got engaged to Jon Yunger, a previous ex-boyfriend, shortly after Nick’s season, but broke it off only three months later because he was very religious and "things were getting way too difficult with the show airing and things coming out on air that made him uncomfortable," she said on an episode of The Morning Breath. Now, Corinne is dating real estate entrepreneur Vincent Fratantoni, who she recently moved in with. "Honey, I’m home," she captioned a Feb. 16 Instagram photo.

Vincent first began appearing in photos on Corinne’s Instagram in January, following a trip to Disneyland. During a recent appearance on the Help! I Suck at Dating podcast, she explained that they’d met via Instagram after liking and commenting on each other’s pictures for years, per Us Weekly.

In the end, Corinne told Nick on his podcast that she doesn’t regret going on The Bachelor despite all the controversy that surrounded her. "I'm glad it led me to the woman I am today."

This article was originally published on July 31, 2017