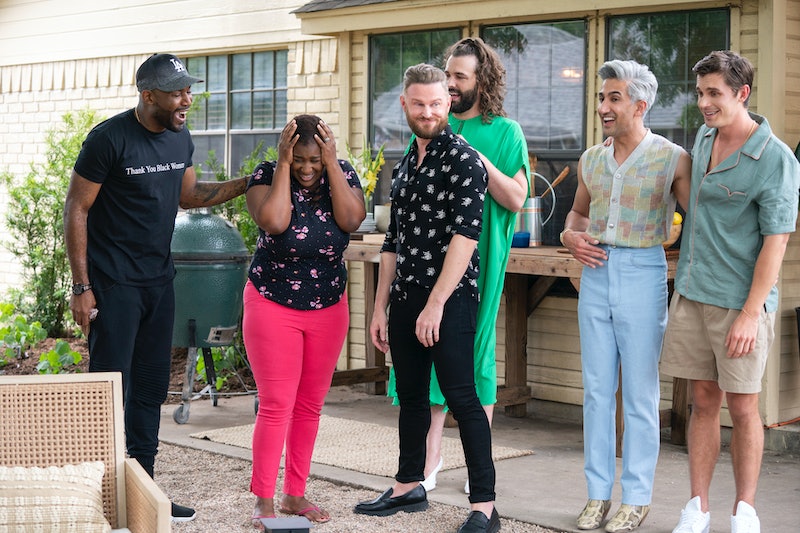 In Queer Eye Season 6, Dr. Jereka Thomas-Hockaday needed the Fab 5 to remind her that she’s just as important as her work. As the co-founder of Central Texas Allied Health Institute in Austin, Texas, Jereka provides affordable education to underserved and underrepresented communities in the health field. When her Queer Eye episode filmed over the summer, the clinic had also given almost 13,000 free COVID tests, vaccinated 3,000 people, and enrolled 125 students.

“I saw the inequity, I saw the blatant disregard of our community on the east side to get the testing and social services that they needed,” Jereka, who’s a licensed surgical assistant, told Austin’s local Spectrum News station in February. “So I tried to be a real advocate for that, and I didn’t stop until I got what I needed for my community.”

After the Fab Five left Texas, however, city officials opted not to renew the Austin Public Health contract that provided funding to the Central Texas Allied Health Institute (CTAHI). At the time, Jereka told Spectrum News that she was disappointed in the city’s decision to cut access to free COVID testing and vaccinations amid the ongoing pandemic.

“Before the clinic was here there was no access. This has become a beacon for the entire East Austin community where they now can come and have access to safe information about vaccines and everything they need to get through COVID,” she said, adding that the clinic had been running “solely off of the dollars from Austin Public Health.”

Jereka said she learned that Austin Public Health wasn’t renewing or extending the contract via email, and she believes more could have been done to save the clinic. A city spokesperson explained in a statement to Spectrum that, while re-evaluating the contract, they took into consideration that most of the community was getting vaccinated at “pharmacies rather than public health departments” according to the Texas Department of State Health’s data. The statement also noted that Austin Public Health still had a workforce development agreement with CTAHI.

More recently, Austin NBC affiliate KXAN reported that Jereka and her team will be moving the institute to a new location with the African American Youth Harvest Foundation in 2022. Not to worry, though: Queer Eye interior design expert Bobby Berk renovated the breakroom at the Ana Lark Center, not former CTAHI offices.

Outside of her shifting professional life, it seems like Jereka has taken steps to prioritize self-care and make more family memories with her son since filming. She also recently posted about a kid-free night out with her husband Ben Hockaday, who nominated her for the Netflix reality series. And she expressed her shock on Instagram that she was ever selected to be on the show. “Can you believe it? Me either!” she captioned a Dec. 27 post, writing in another, “Now that the cat is out of the bag....are you just as surprised as me?”