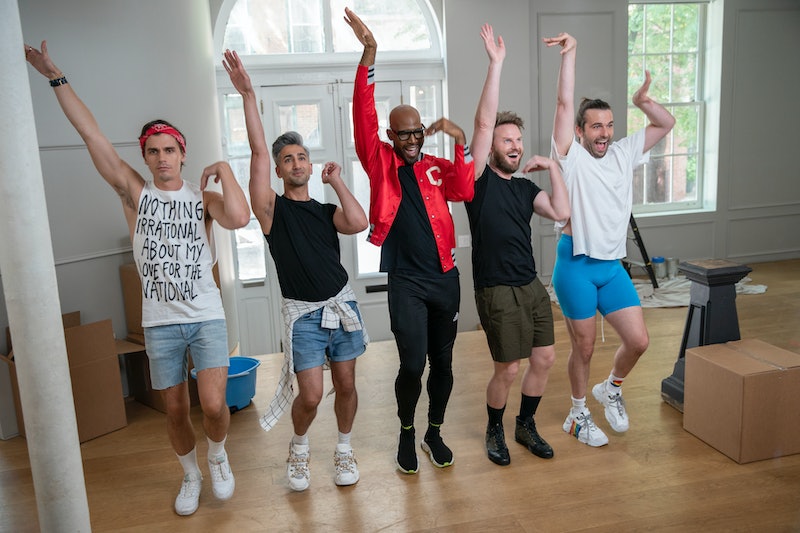 It's a good thing that Queer Eye's new 10-episode fifth season is the show's longest to date, because fans may need to wait a little longer than usual for the show to return to screen. Though Queer Eye has already been renewed for Season 6, the Fab Five were only one week into filming in Austin, Texas when concerns for the safety of the cast and crew amid the COVID-19 pandemic forced production to shut down.

Bobby Berk told Oprah magazine during an Instagram Live interview in April that he and his husband have since been bunkering in the Airbnb they'd rented for filming. Antoni Porowski and Jonathan Van Ness also decided to quarantine in the live music capital of the world. When filming paused, the team had only finished a single makeover.

Based on the show's previous release schedule, the sixth installment of Queer Eye should have been slated for a fall 2020 release. But with filming yet to resume, it's unclear if they'll be able to keep that time frame. Texas governor Gregg Abbott became one of the first governors in America to start aggressively reopening his state, but, as in many places across the country, new cases of coronavirus continue to emerge. Neither Netflix nor the Queer Eye production team have made an official announcement about an anticipated timeline.

Berk, for one, seems to think that even when Queer Eye returns, it will be far from business as usual. "Once we come back there's still gonna need to be some social distancing, so it's gonna be hard because all five of us are very much huggers," he told Oprah magazine. "The very first thing we do is we go and hug."

Luckily, fans have 10 brand new episodes replete with socially undistanced affection to enjoy before then.