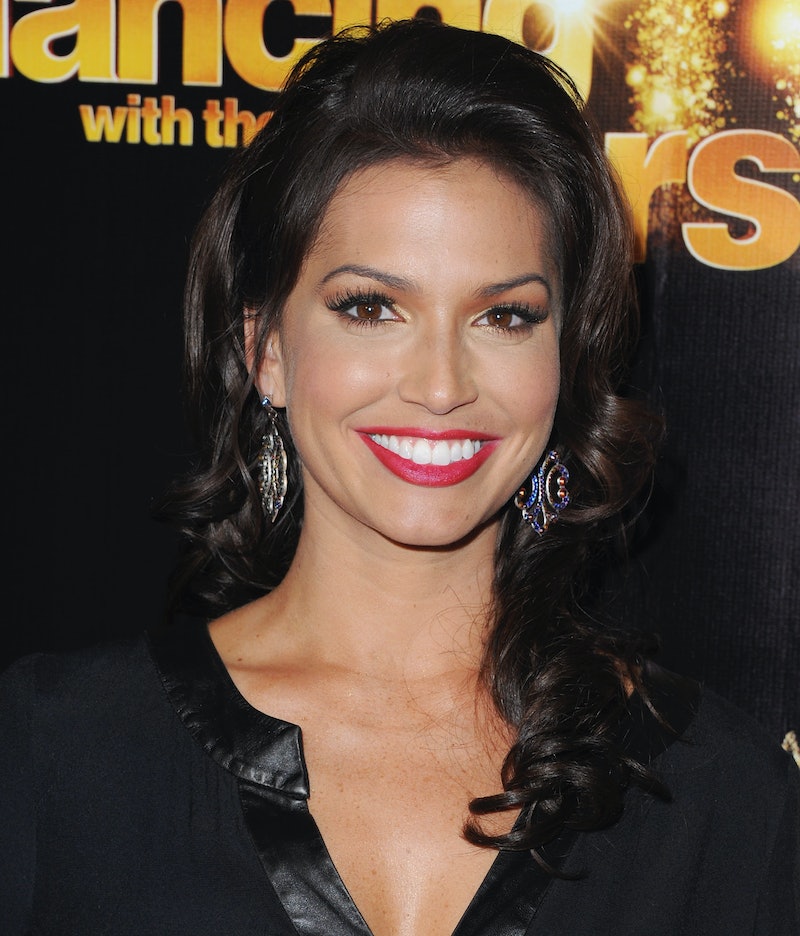 One person who won’t be watching Jason Mesnick’s episode of The Bachelor: The Greatest Seasons — Ever? Melissa Rycroft Strickland. In one of the most infamous finales in franchise history, Jason proposed to Melissa only to change his mind and break up with her on After the Final Rose, instead opting to get back together with his runner-up Molly Malaney (to whom he’s now married).

It was a humiliating experience for Melissa, and on her podcast Logically Irrational, which she co-hosts with her husband Tye Strickland, she said she doesn’t even recognize herself in old clips of the show. “It doesn’t look like me .. it’s weird,” she said on the Aug. 6 episode. “I don’t wanna watch [Greatest Seasons] because it would make me cringe to watch me at that point … it would be like watching a trainwreck.”

Tye admitted that he had no desire to watch either. However, on Aug. 9, the day before the Jason’s episode, Melissa wrote an Instagram post expressing gratitude for her time on the show. “Considering what is about to air tomorrow, let me just say: I am SOOO glad that it happened - all of it!” she said. “I wouldn’t be with this guy, I wouldn’t have my babies, I wouldn’t have my career, and I wouldn’t be who I am today if it hadn’t happened - even the way it happened. It was totally embarrassing, but totally worth it.”

In a follow-up post, she shared a throwback photo of herself, Jason, and Molly with a lengthy caption asking viewers to be gracious to them. “People always ask, ‘Are you still mad at them?’” Melissa wrote, referring to Jason and Molly. “Why still be upset? We all moved on from the situation so long ago … So please be kind. Jason and Molly are great people who have created a beautiful life together. And I’m right where I am supposed to be...and with who I was meant to be with. None of us are angry, none of us hold a grudge.”

Melissa also said on her podcast that though she won’t be watching Greatest Seasons, she did an interview with Chris Harrison for the episode. In it, he asked why it had been 11 years since they last spoke. “Honestly, I wanted to separate myself from it all because I had moved on with my life,” she explained. “For me to keep coming back to the franchise, all I would have to do is keep talking about this old relationship, and how it broke up … You kind of have to like, leave it in the past and move forward.” And that’s exactly what she did.

After filming The Bachelor, Melissa reconnected with Tye, who she met before the show, per The Daily Mail. They got married in 2009 and now have three kids: Ava, Beckett, and Cayson. Melissa also continued to work in TV, appearing on Access Hollywood Live, Dallas Cowboys Cheerleaders: Making the Team (she's a former Dallas Cowboys Cheerleader), FabLife, Good Morning America (as a contributor), andEntertainment Tonight(as a reporter), according to IMDb. In 2012, she published a book detailing her stories of love and heartbreak called My Reality.

This article was originally published on March 5, 2018