The general public’s fixation with cults and any group outside of the norm will certainly be stoked again by the A&E series Cults And Extreme Belief, premiering on May 28. The docuseries debut episode features Canadian actor Sarah Edmondson, formerly of a controversial organization called Nxivm, which has recently come under fire for its activities. She's no longer involved in the group, but what's former Nxivm member Sarah Edmondson doing in 2018?

The organization’s website describes Nxivm as “community guided by humanitarian principles that seek to empower people and answer important questions about what it means to be human." But many only came to know about the group when Smallville star Allison Mack was arrested and then indicted along with Nxivm founder Keith Raniere under "sex trafficking, sex trafficking conspiracy and forced labor conspiracy" charges, per CNN. (Both pleaded not guilty.) Variety reported that prosecutors accused Mack of recruiting women into the self-proclaimed “self-help” group and blackmailing them into maintaining a sexual relationship with Raniere.

Nxivm posted a statement on their website regarding the allegations against Raniere. The statement reads:

"In response to the allegations against our founder, Keith Raniere, we are currently working with the authorities to demonstrate his innocence and true character. We strongly believe the justice system will prevail in bringing the truth to light. We are saddened by the reports perpetuated by the media and their apparent disregard for “innocent until proven guilty,” yet we will continue to honor the same principles on which our company was founded. It is during the times of greatest adversity that integrity, humanity and compassion are hardest, and needed most.

In a piece she wrote for Vice Canada, Edmondson said that she joined the group in 2005 after attending one of its personal development seminars. She continued to attend and climbed the ranks in the organization, eventually co-facilitating the opening of a new center in Vancouver. She acknowledged that she missed the "red flags" about the group, comparing her experience to a frog slowly boiling away in increasingly hotter water. "There's a momentum to being committed to a group that you think is good," Edmondson wrote, "and there's a certain amount of cognitive dissonance to make your choice a good choice."

In an interview with ABC last year, Edmondson said she was approached by her friend NXIVM member Lauren Salzman about a chance to join DOS (Dominus Obsequious Sororium), an exclusive group for women in the movement. She recalled willingly going to a house with five other women to be initiated into the group. According to Edmondson, women were told to take off their clothes and sit in a semicircle while waiting to get tattoos. Instead, she claimed, the women were branded by a Dr. Danielle Roberts (another Nxivm member) without any anesthesia. “It was a horror movie. It was the most inhumane, horrific way to treat anybody," Edmondson said. ABC reported that Roberts' lawyer called the accusations "unfounded." 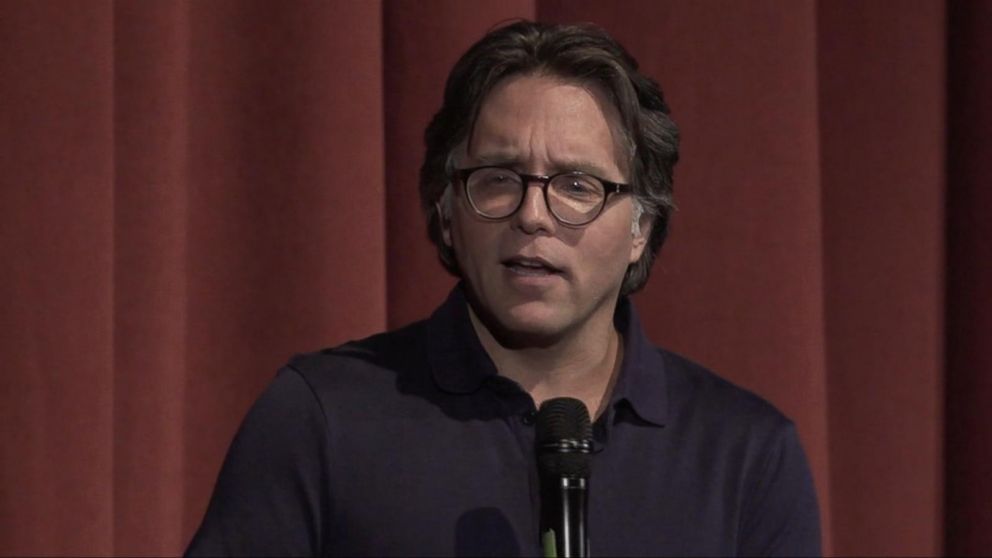 Edmondson said she was told that the brand was a Latin symbol, but the initials KR and AM can be seen in the design, which she believes stand for Keith Rainere and Allison Mack. In the same ABC interview, Edmondson said that years of mental manipulation by Nxivm as well as the threat of blackmail kept her from leaving for a time. But she exited the organization after this experience. Salzman has not made an official statement about this claim.

In the Cults And Extreme Belief trailer, Edmondson says she was responsible for bringing thousands of people into Nxivm. “It sounds funny to say it but beware of people like me," she adds. She also claims that she's the only person who had been branded by the group to speak publicly about the experience.

Per Deadline, Edmondson is married to fellow actor Anthony Ames, who's also a former member of the group. She's been acting since she was a teenager, according to her IMDB profile, playing minor roles in shows like Continuum and appearing in several Hallmark films, including Love At First Bark, Wedding March 2: Resorting To Love, and At Home In Mitford. The actor has also lent her voice to several animated series, such as My Little Pony: Friendship Is Magic, The Little Prince, and the Transformers: Cybertron TV series.

And though she's committed to speaking out against Nxivm, Edmonson is also staying active in the industry. She recently posted a photo on her Instagram of her trailer for a new Hallmark movie,Wedding Of Dreams. The sequel to 2016's Summer Of Dreams is expected to air sometime this summer. A post from back in March shows Edmondson giving a thumbs-up in a recording studio as she prepared to do some voiceover work for an undisclosed project.

The process of uncovering exactly what happened within the inner circle of Nxivm is ongoing, but Sarah Edmondson is determined to show that life can go on after a traumatic experience.