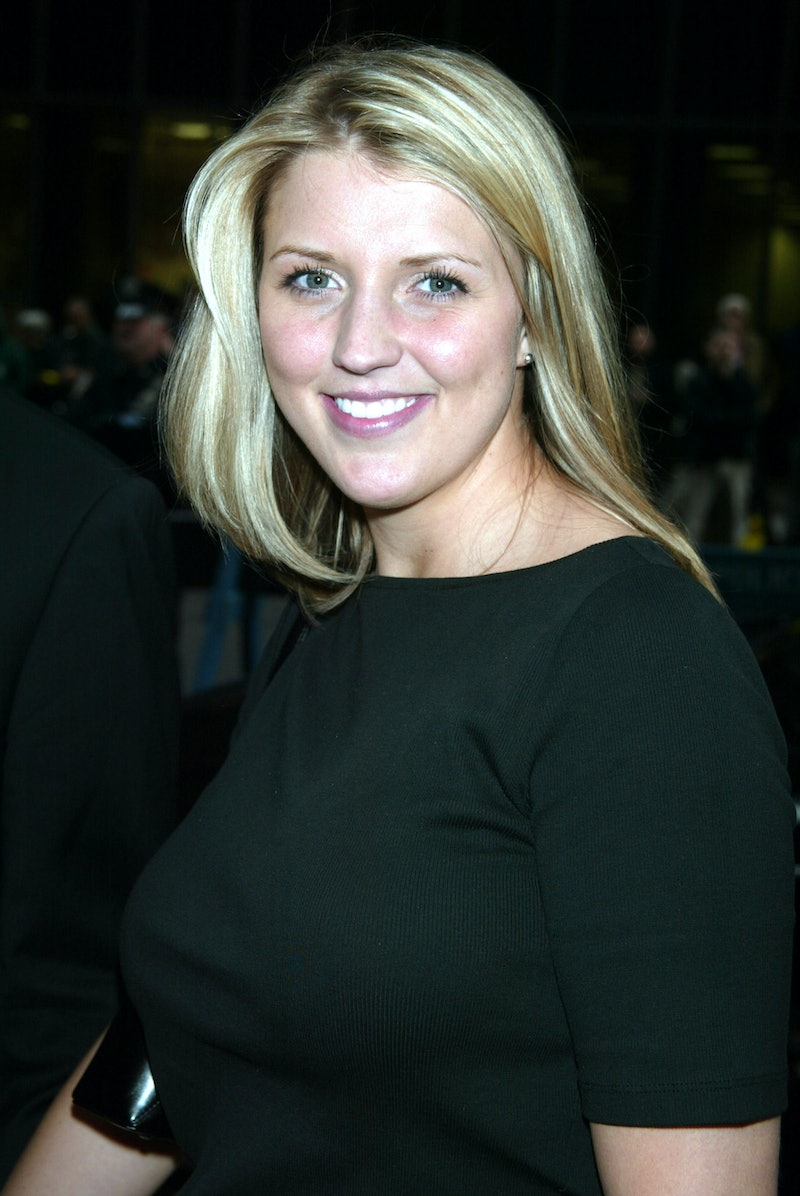 It has, inexplicably, been almost two decades since Bachelor Season 1 winner Amanda Marsh accepted Alex Michel's final rose. The two didn't stay together — a tradition more recent Bachelor couples have continued — but Amanda is still grateful for the experience.

"That relationship ended and I remain thankful for many fun memories and experiences," Amanda wrote in a recent Instagram post reflecting on her split from Alex. "Today, I am so blessed and I have everything I ever dreamed of."

Rumors of Amanda and Alex's breakup had circulated for quite some time before Amanda confirmed the news. During an Inside Edition interview, she claimed that Alex admitted he'd slept with fellow contestant Trista Sutter (neé Rehn), who went on to become the first Bachelorette, during a trip to Hawaii filmed for the show. "Everything just kept eating at me," she said, per Entertainment Weekly. Amanda added that it seemed like Alex still had feelings for Trista, and that Trista confirmed in an email that Alex had contacted her shortly after the finale hoping to "keep the door open" to a rekindling. Even so, Amanda and Alex remained friends and occasionally stay in touch via e-mail, according to People.

After briefly working at a Kansas City radio station, Amanda stepped away from the public eye. Per People, she eventually married her childhood friend Jay Caldwell and became a dermatology nurse practitioner. The couple was living in Kansas with their daughter Chloe as of 2010, though they appear to have since split. Amanda, who still uses the last name Caldwell, posted in April that she'd just celebrated her four-year anniversary with Chris Evans, a Kansas-based marketing executive.

Now that Amanda has moved on with her life, she no longer watches The Bachelor, but does remember her costars fondly. Her thoughts on the show now? Maybe not so fond. "This amazing group of women took a chance on an opportunity (and abundant alcohol — at least then) not even convinced it would air," she explained in her July 4 Instagram. "Although I do not continue to watch this national sensation, the originals, in my opinion, were the first and last 'real' seasons."

More like this
This ‘Bachelor’ Spoiler Teases The Dramatic Self-Elimination Of A Fan Favorite
By Grace Wehniainen
Zach Swears He Didn’t Look Up Contestants Before The Bachelor Began Filming
By Brad Witter
This 'Bachelor' Contestant Got Back With Her Bachelor Nation Boyfriend After Going Home
By Grace Wehniainen
Rachel Responded To 'Bachelor' Fan Theories About Her TikTok With Clayton
By Grace Wehniainen
Get Even More From Bustle — Sign Up For The Newsletter
From hair trends to relationship advice, our daily newsletter has everything you need to sound like a person who’s on TikTok, even if you aren’t.