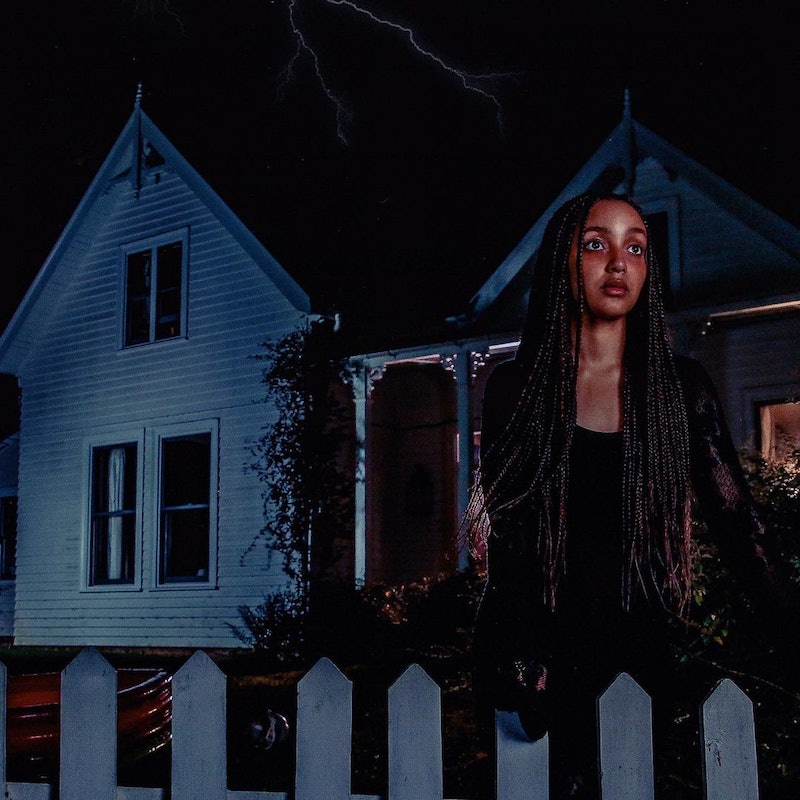 Over the past year, PinkPantheress has taken the UK music scene by storm. The upcoming British artist earned international recognition on social media, particularly TikTok, where she first began testing out new material. PinkPantheress is known by fans for her illusive nature and for her viral tracks such as “Just For Me” and “Break It Off.” On Spotify, the most popular PinkPantheress song by a significant margin is “Pain,” which boasts more than 129 million streams at the time of writing.

But, what is the song actually about, and what is the meaning behind PinkPantheress’ “Pain” lyrics?

The song is the first track on the debut mixtape by PinkPantheress, titled To Hell With It, and samples “Flowers” by Sweet Female Attitude. Speaking about “Pain” with Apple Music, PinkPantheress revealed the song is about a past experience with an ex-lover, PopBuzz reports.

The London-based performer also discussed the creative process behind the popular track. “In my early days on TikTok I was creating a song a day. Some of them got a good reception, but “Pain” was the first one where people responded really well.” Speaking to Apple Music, she continued, “A lot of people haven’t really heard garage that much before, and I think that for them, the sample is a very palatable way to ease into garage breakbeats.”

Although PinkPantheress — who was recently named the winner of BBC Music’s Sound of 2022 — has several hits under her belt, “Pain” clearly stands out as a fan favourite.

“pain by pinkpantheress is such a good song , makes me happy man,” wrote one fan on Twitter. “I dont care what anyone says… Pain by PinkPantheress deserves a grammy,” another PinkPantheress fan commented.

You can find the full lyrics to “Pain” by PinkPantheress below.

It's eight o'clock in the morning, now I'm entering my bed

Had a few dreams about you, I can't tell you what we did

I expected to see you on your morning run again

But was this before or after you told me to leave your room?

I used to think we'd make it far, it turned out that we are

It's such a shame that we weren't the same at all