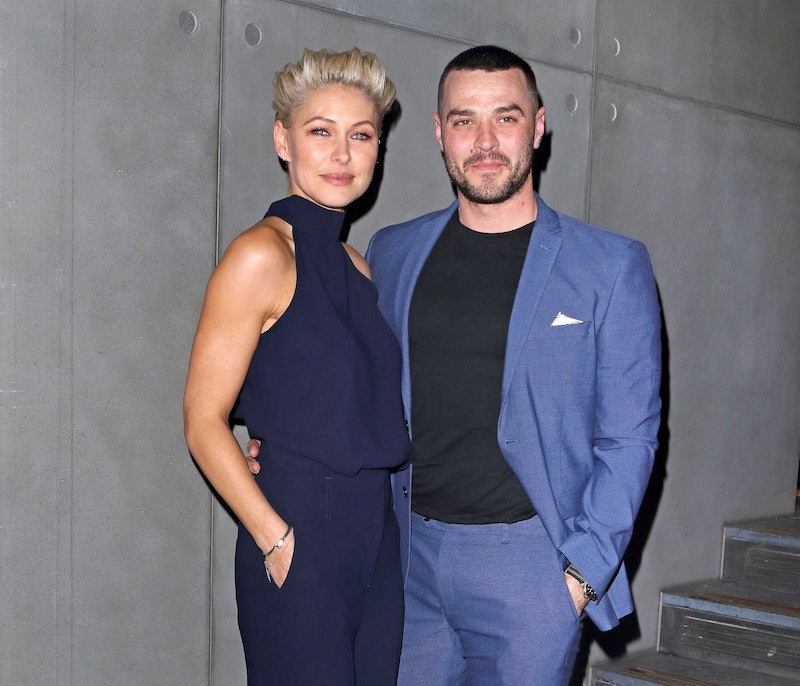 It feels like Emma Willis, host of The Circle and The Voice, is all over our screens right now and on Mothers Day she shared a snapshot of her family life that would suggest it’s just as busy. But when when did Emma marry her partner Matt Willis? These two are a staple ’00s pairing, but what else is there to know about their romance?

Emma and Matt tied the knot back in 2008 at Rushton Hall in Northamptonshire. The couple first met in 2004 when Emma was working at MTV and Matt was the frontman for one the UK's biggest boybands, Busted. A year later, the celeb duo went public with their relationship, and in 2007 Matt finally popped the question.

According to Heat Magazine, the pair celebrated their tenth wedding anniversary in the summer of 2018 by returning to their original wedding venue and renewing their vows. During the ceremony, Emma wore the same wedding dress she wore back in 2008 and stood in front of a lineup of guests that included Fearne Cotton, Marvin and Michelle Humes, actor Vicky McClure, and many more.

This couple are clearly relationship goals, but the former Big Brother host has admitted that “it wasn’t love at first sight.” Speaking about the early days of her relationship in an interview with Women & Home, Willis said: “[W]e were friends at the beginning, and our friendship developed. I was working at MTV when we met.”

The presenter went on to reveal the secrets behind a successful marriage. She said, "[W]e still like each other, we love each other, and fancy each other. We try to make time for each other with date nights. He asked me the other day, ‘Shall we have dinner out on Friday?’ but to be honest, I’d prefer to stay at home.”

The pair have gone on to have three children: Isabelle, who is 11, Ace, who is nine, and Trixie, who is four. While the family live out of the spotlight, Emma shared a particularly touching moment on Valentine’s Day 2021. As part of an advert for M&S, she shared a snapshot of her and Matt’s Valentine's Day meal as their children ran in and out. On Mothers Day 2021 she shared a picture of herself cuddling her children and wrote, “No place I’d rather be…”

In a rare interview about their family life, Emma revealed that she’s had parenting worries just like everyone else. On Dave Berry's Dadpod podcast she said, “I left home at 17 and went and lived on my own in a model flat in London and when I think now that in seven years, my eldest, might ask me to do the same and I'm like: ‘No, you're going to be locked in your room until you're 25. You're not going…’”

She also shared that there’s not shortage of fun in their house. “[Matt’s] like the fourth child. And that for me, is perfect, because I think he has such a fantastic bond and relationship with them because he can get down to their level, do you know what I mean?” she said, “And when they want fun they go to him.”

More like this
Vanessa Bauer Is Reportedly Dating Her 'Dancing On Ice' Partner
By Darshita Goyal
Molly-Mae & Tommy Fury Revealed Their Baby Girl's "Really Unusual" Name
By Sophie McEvoy and Sam Ramsden
4 Surprising Celeb Throuples That Got The Internet Talking
By Sophie McEvoy
Joey Essex Is Rumoured To Be Dating A 'Love Island' Favourite
By Sam Ramsden
Get The Very Best Of Bustle/UK
Sign up for Bustle UK's twice-weekly newsletter, featuring the latest must-watch TV, moving personal stories, and expert advice on the hottest viral buys.

This article was originally published on June 26, 2019