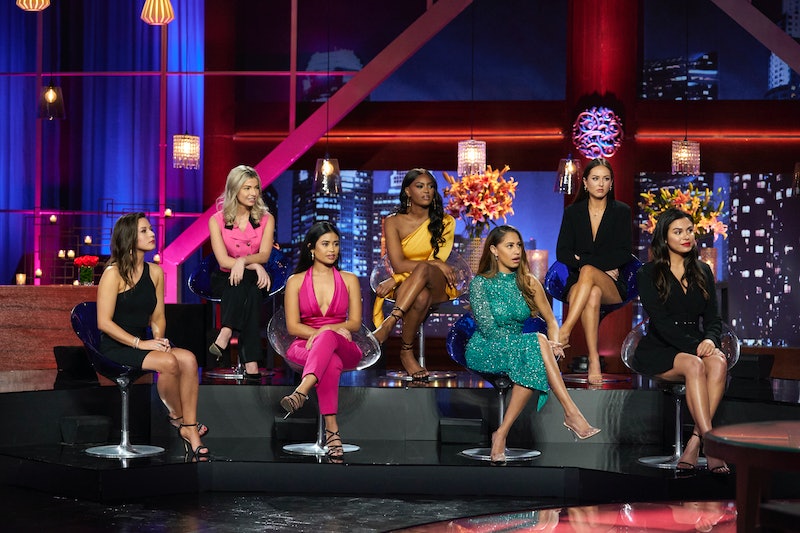 Now that Matt James' Bachelor season is nearing a close, fans are already wondering when the 2021 Bachelorette will premiere. Only one of the past 13 Bachelorette seasons didn't premiere in May, so under normal circumstances, that's when Bachelor Nation could generally expect to see the franchise's newest leading lady begin handing out roses to a fresh crop of men. The one installment that broke the pattern, however, was Clare and Tayshia's most recent season, and given the ongoing nature of the COVID-19 pandemic, it's possible the next Bachelorette season will be delayed as well.

The good news: Bachelor blogger Reality Steve revealed on Feb. 24 that the next season of The Bachelorette will begin filming later this month in New Mexico. According to his reporting, cameras will likely be rolling at the Hyatt Regency Tamaya Resort and Spa, which is about 20 minutes outside of Albuquerque, but neither the Bachelorette nor host have yet been decided (Chris Harrison recently announced he was stepping away from the franchise for an undetermined period of time following comments he made in response to the resurfacing of racist photos of contestant Rachael Kirkconnell). Of course, the pandemic has left much difficult to predict, but if Reality Steve's reporting is correct and all goes to plan, fans could likely expect to see The Bachelorette Season 17 in June or July.

Although the season's lead has yet to be named, Katie Thurston from Matt James' season was reported to be an early frontrunner, though she later denied she'd been cast. Other fan favorites who've been mentioned as possible frontrunners include Michelle Young, Bri Springs, Serena Pitt, and Abigail Heringer. ABC executive Rob Mills didn't exactly give any specific hints, but he did tell Variety in January that he "would say with 99.9% certainty, the Bachelorette is going to be someone who comes from one of our previous seasons," adding, "Probably Matt's, but at least someone who is familiar to Bachelor Nation."

As Reality Steve noted, Chris Harrison's involvement remains up in the air after the executive producer and host recently announced he was "stepping aside" from the franchise after "speaking in a manner that perpetuates racism" during an interview with former Bachelorette Rachel Lindsay. ABC announced that former NFL star Emmanuel Acho will replace Harrison on the After the Final Rose finale special, but how they'll proceed in the future remains anyone's guess for now.