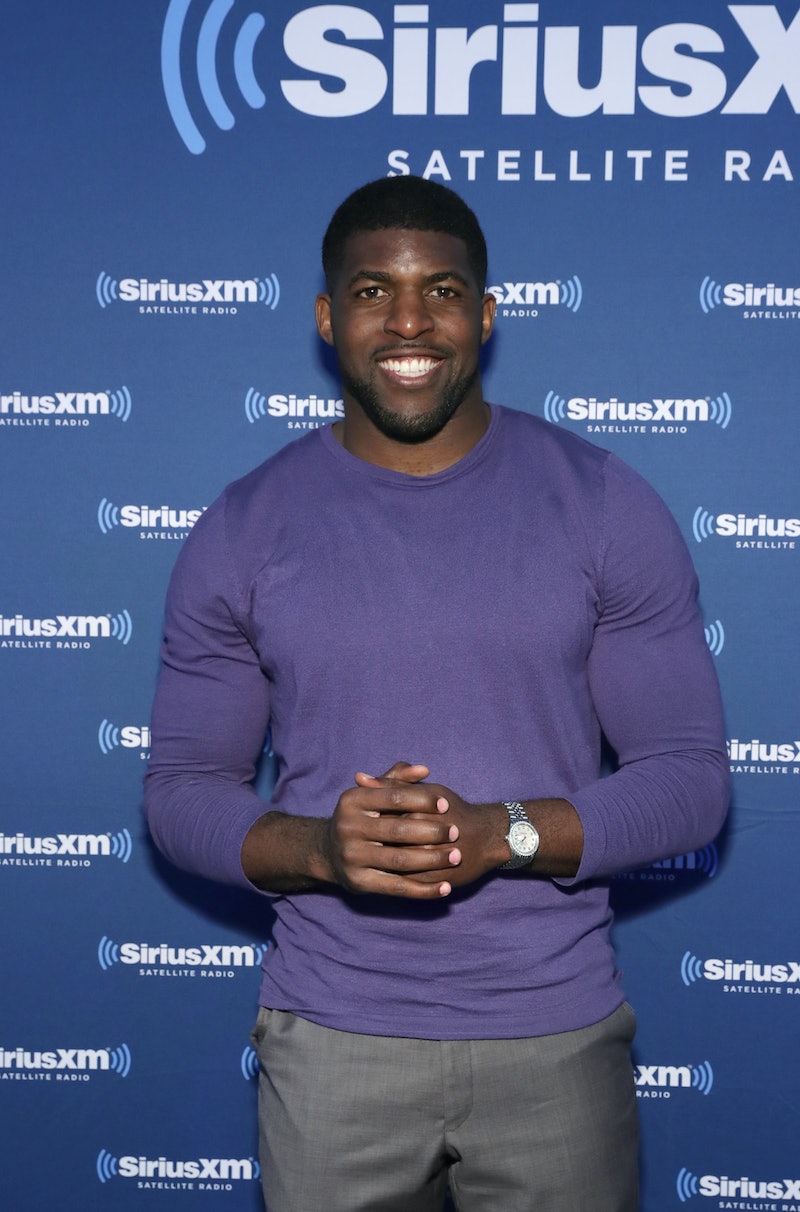 Former NFL linebacker, Fox Sports analyst, and bestselling author Emmanuel Acho will host The Bachelor: After the Final Rose, following Chris Harrison's decision to step away from the franchise after defending racist behavior in an interview. Acho, who hosts a YouTube series titled Uncomfortable Conversations With a Black Man and wrote a book with the same title, announced on Saturday, Feb. 27 that he is stepping in for the one-hour special on ABC.

"I’ve accepted the Rose and am honored to be hosting the @bachelorabc After the Final Rose this year," Acho wrote on Instagram. "It's been a pivotal season & this episode will be one of the most storied shows in its history. Empathy is needed and change is coming."

On Feb. 13, Harrison announced he'd be "stepping aside" from The Bachelor for "a period of time" after defending contestant Rachael Kirkconnell's past behavior during an Extra interview with Rachel Lindsay. Kirkconnell, a front-runner on the current season, was criticized after photos surfaced of her attending an antebellum-themed fraternity formal in 2018 and TikTok users claimed she had liked problematic posts. Harrison was quickly denounced for defending her racist actions and issued an apology on social media along with his decision to step aside.

The controversy emerged during the airing of The Bachelor Season 25. Matt James, who is this season's suitor, is the first Black male lead in franchise history.

Acho will sit down with James during the After the Final Rose special "to discuss his season, his final decision and where he is now, as well as cover the current events about the franchise," according to an ABC press release. The former NFL player will also have the opportunity to sit down with the final three women — Bri Springs, Michelle Young, and Kirkconnell herself.

On Monday, Feb. 22, Kirkconnell posted a photo of her "mid-afternoon matcha" on her Instagram story — her first post on the platform following her Feb. 11 apology — and there happened to be a copy of Uncomfortable Conversations With a Black Man in the shot. The post was criticized by Lindsay and other members of Bachelor Nation; "Taking action to me isn't showing everybody that you're reading the book," Lindsay said on the Feb. 23 episode of her Bachelor Happy Hour podcast. However, the nod shows that at least some members of Bachelor nation are familiar with Acho's work and will be prepared to welcome him onto the series.

Acho, who hasn't been afraid of a difficult conversation in the past, seemed prepared to take on the recent events surrounding the Bachelor franchise. "I love being a bridge for reconciliation," he wrote on Instagram. "Our world is disconnected & divided, my goal is to unify."

The Bachelor: After the Final Rose will air on ABC on Monday, March 15 following the season finale.