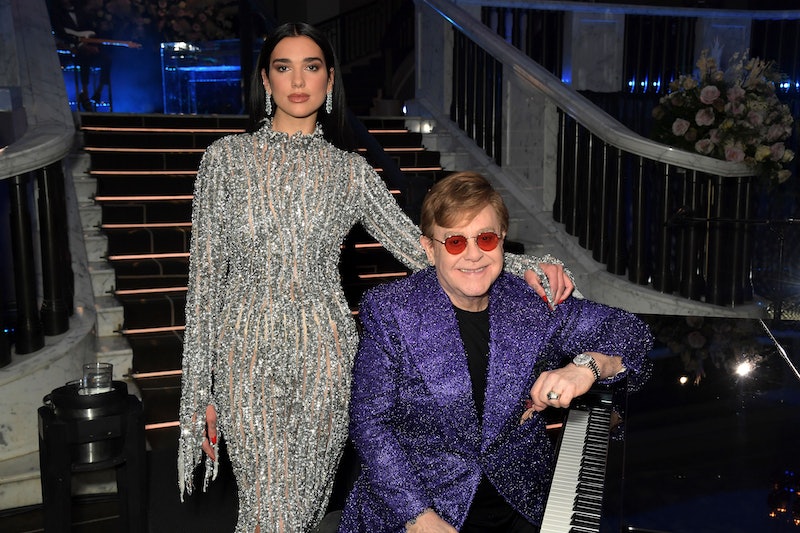 “Levitating” singer Dua Lipa took to Instagram to announce her new collaboration track with the one and only Elton John. Promoting the track with a montage of cartoon versions of herself and John, she wrote, “COLD HEART with @eltonjohn — I’m so excited!!!” In her post, Lipa revealed that the track will be going live on Friday (August 13).

The post also featured a snippet of the new track. Smooth snazzy beats reverberate in the background as John croons, “Cold cold heart, hard done by you, some things look better, baby, just passing through,” lyrics from his song “Sacrifice”. Lipa’s soulful voice can then be heard as she joins in with lyrics from “Rocket Man”, “And I think it’s gonna be a long, long time, ’til touchdown brings me ’round again to find...”

The track is being produced by Australian dance music trio Pnau, consisting of Nick Littlemore, Peter Mayes, and Sam Littlemore. Pnau are famously mentored by John, who signed them after listening to their self-titled third studio album, Pnau.

Announcing the collaboration, John also posted the snippet on Instagram alongside a very sweet caption. He wrote, “Dua, I adore you, and it has been an incredible experience making this together. I can’t wait for you all to hear it!” To this, Lipa replied in a comment, “I love you!!! I’m so excited” with a heart emoji. Awww.

The two previously collab-ed when John appeared as a guest at Lipa’s Studio 2054 livestream. And, in March, at John’s Oscar viewing party, the pair took turns belting out each others songs. They sang John’s “Bennie and the Jets” and “Love Again”, which features on Lipa’s album Future Nostalgia. John donned a purple glitter suit, accompanying Lipa at the piano, while Lipa stunned in a silvery, tassled cocktail dress. Truly, legends meeting legends.