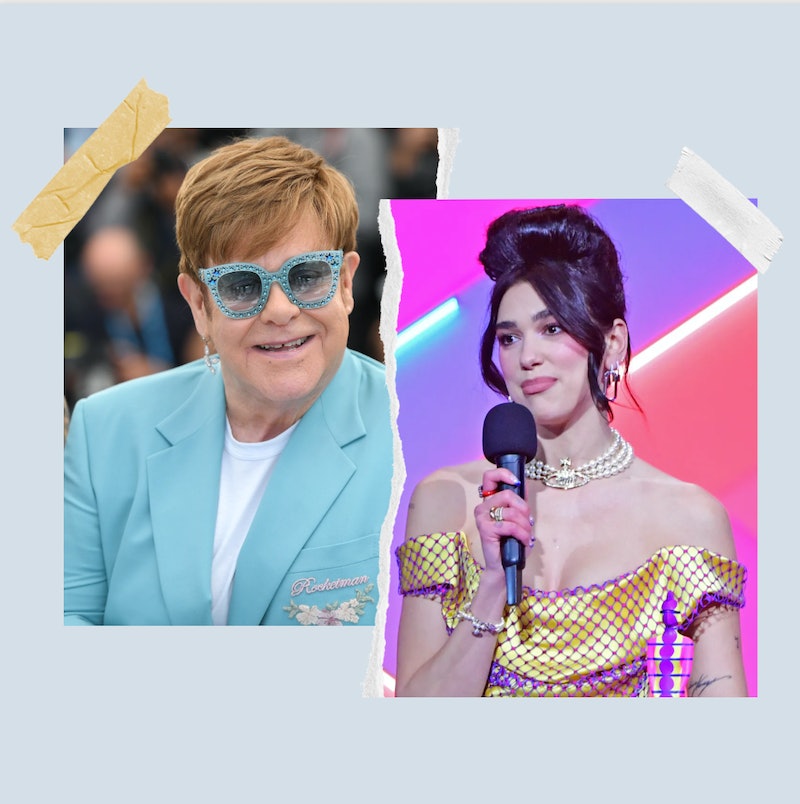 Multiple celebrities are calling out DaBaby for the homophobic, misogynist, and dangerously false statements he recently shouted during his set at Rolling Loud Miami. During his performance, the 29-year-old rapper said, “If you didn’t show up today with HIV, AIDS, any of them deadly sexually transmitted diseases that’ll make you die in two, three weeks, then put your cellphone light up.” He also told the crowd, “Ladies, if your p*ssy smell like water, put a cellphone light up. Fellas, if you ain’t sucking d*ck in the parking lot, put your cellphone light up. Keep it real.”

Dua Lipa, Elton John, and Victoria Monet are among the stars who have condemned DaBaby since the July 25 onstage incident. DaBaby collaborated with Dua Lipa, contributing a verse on the 2020 “Levitating” remix, which has become one of the most popular tracks of 2021, with the song peaking at No. 2 on the Billboard Hot 100 in May. Dua Lipa immediately disapproved via a July 28 Instagram Story, condemning the Cleveland artist’s comments. “I’m surprised and horrified at DaBaby’s comments. I really don’t recognize this as the person I worked with,” she said. “I know my fans know where my heart lies and that I 100% stand with the LGBTQ community. We need to come together to fight the stigma and ignorance around HIV/AIDS.”

Elton John took to Twitter to share his thoughtful and informative reaction to DaBaby’s rant while also posting facts that countered the misinformation the rapper had shared to thousands of festival-goers. The music legend tweeted, “We've been shocked to read about the HIV misinformation and homophobic statements made at a recent DaBaby show. This fuels stigma and discrimination and is the opposite of what our world needs to fight the AIDS epidemic.” The 74-year-old artist and founder of the Elton John Aids Foundation completed his statement with an image post that read, “HIV misinformation has no place in the music industry. We must break down the stigma around HIV and not spread it. As musicians, it’s our job to bring people together.”

In his thread of five tweets, John went on to break down statistics and explain why it’s so important that people with platforms should stay away from spreading false information, particularly when it comes to sharing that information to Black men who have disproportionally been impacted by the AIDS epidemic. In one specific tweet, he tackled DaBaby’s “diseases that’ll make you die in two, three weeks” comment head-on, sharing, “You can live a long and healthy life with HIV. Treatment is so advanced that with one pill a day, HIV can become undetectable in your body so you can’t pass it onto other people.”

Dua Lipa’s reaction came a day after DaBaby shared a five-minute Instagram story to his 19 million followers, which seemed to be an attempt to explain his comments but ended up being less of an apology and more of him doubling down on the erroneous information he’d previously shared. “I’m gonna address this weak-ass internet s— one time, and then I’mma get back to giving my love to my fans, ’cause what me and my fans do at the live show, it don’t concern you n— on the internet or you bitter b— on the internet,” he shared at the start of the video. He went on to say, “...My gay fans don’t got f—ing AIDS, stupid ass n—.” He added, “They don’t got AIDS. My gay fans, they take care of themselves. They ain’t no nasty gay n—, see what I’m saying? They ain’t no junkies on the street.”

People on social media are continuing to call out DaBaby for his homophobic comments and non-apology, taking to Twitter to launch campaigns to replace DaBaby’s verse on “Levitating.” One fan shared a homemade remix of “Levitating” feating Megan Thee Stallion’s “Fkn Around” verse.

Another fan shared that they think Dua Lipa should re-record the track with Lil Nas X, tweeting, “Can we get Dua Lipa to re-record the ‘Levitating’ remix with @lilnasx instead bc DaBaby is a homophobe.”

And if those suggestions don’t work out, singer-songwriter Victoria Monet offered up her vocals as well: “If she would like to replace DaBaby’s verse on levitating I’m totally available.”