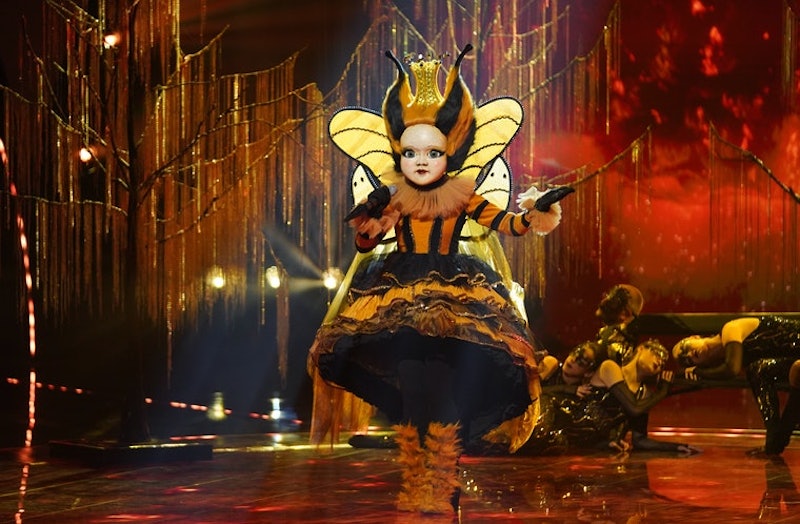 It's arguably the most bonkers talent competition on TV, yet The Masked Singer's quirky concept (aka mystery celebrities dressed in flamboyant costumes) has managed to secure it a legion of fans. The first UK series aired on ITV in January this year, eventually revealing its winning 'Queen Bee' as former Girls Aloud member Nicola Roberts. With a new mysterious celebrity line-up and a new judge confirmed, now we want to know, when is season two of The Masked Singer UK starting?

Fans of The Masked Singer UK will have to wait until the New Year for the new season. The talent show will be back on ITV with new performances in January 2021.

New for season two, award-winning comedian Mo Gilligan will feature on the judge's panel to find out "who's behind the mask?!" The comedian joins Davina McCall, Rita Ora, and Jonathan Ross on the lively panel, replacing Ken Jeong who couldn't commit to filming due to recent international travel restrictions.

"It’s a real privilege to be joining The Masked Singer team," said Gilligan about his new job. "It’s one of the funniest shows out there and I’m really proud to play my small part to help bring a little bit of joy to the nation. I can’t wait to join Jonathan, Rita, Davina, Joel, and hopefully Ken! Now… let’s get cracking."

Jeong fans will still get to hear his hilarious quips on the U.S. version of the show, which is currently in its fourth season. However, the actor, who says he's "gutted" to not be returning to the UK show, will still make "an appearance or two" on the program, ITV has confirmed.

The U.S. import resumed filming with a live audience back in September. Based on a unique Korean concept, The Masked Singer UK with see a fresh cast of twelve celebrities dressed in outlandish costumes. The twelve masked singers will compete by concealing their identities as they attempt to "stump viewers" and the panel alike about who they really are.

ITV bosses are excited for The Masked Singer UK's return, which saw 6.6m viewers in its first season on UK shores.

“We are delighted that Masked Singer UK is returning to our screens and can’t wait for Mo to dive into the best guessing game on TV," said ITV. "While we are obviously disappointed that Ken may not be joining us, we are confident that he will correctly guess the same number of celebrities, despite not being there."