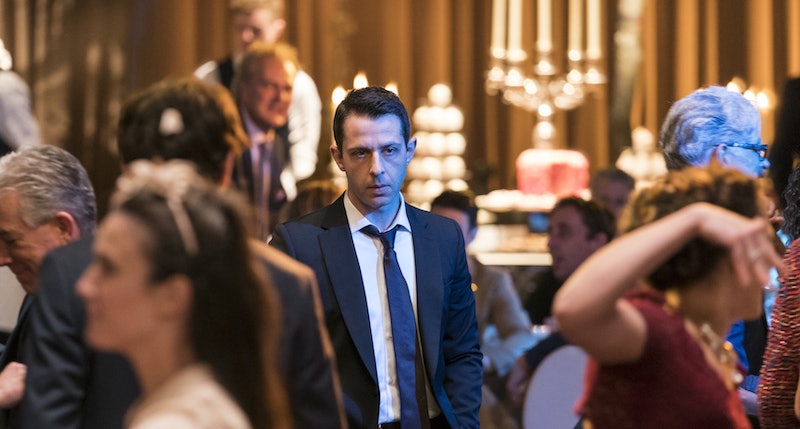 HBO’s biting drama Succession tells the story of a ruthless family behind a colossal media conglomerate. Debuting back in 2018, the series has enjoyed massive success both in the UK and U.S., where it won big at the 2020 Emmy Awards, picking up prizes for acting, writing, directing, and best drama. Thankfully, the hotly-anticipated third season was previously confirmed by HBO, and if you can’t wait to delve into the show’s latest chapter, here's how to watch Succession in the UK.

Per Digital Spy, Succession Season 3 will officially begin airing in the UK on Sky Atlantic (Sky channel 108) and NOW TV on Monday, Oct. 18.

If you’d like to catch up with the show’s first two seasons ahead of series three, Succession seasons one and two are currently available to watch and download via Sky catch-up and NOW — and are also available to purchase on Amazon Prime Video.

Teasing what fans can expect from the new series, an official synopsis reads, “Ambushed by his rebellious son Kendall at the end of season two, Logan Roy begins season three in a perilous position. Scrambling to secure familial, political, and financial alliances, tensions rise as a bitter corporate battle threatens to turn into a family civil war.”

Per Radio Times, production on the new series began in December 2020 and, following delays brought on by the COVID-19 pandemic, eventually wrapped up filming on July 21, 2021.

Those returning to the critically-acclaimed drama include lead stars Brian Cox as Logan, Jeremy Strong as Kendall, Sarah Snook as Shiv, Kieran Culkin as Roman, Alan Ruck as Connor, Matthew MacFadyen as Tom and Nicholas Braun as Greg, as well as supporting cast members J Smith Cameron as Gerri and Justine Lupe as Willa.

Teasing details of the new season during an interview with GQ in August 2021, show writer ​​Lucy Prebble revealed that the coronavirus pandemic did not influence or alter the plot of Succession’s third chapter.

“Obviously, there are implications with the pandemic, although there were no major changes happening to the script.” She continued, “HBO are really good at that sort of stuff; they’re aggressively protective of their creations. They want to make it work creatively and what they’re going to do is try to provide a situation that will allow that, when they can.”

Succession Season 3 begins on Monday, Oct. 18 on Sky Atlantic and NOW in the UK.

More like this
'Bridgerton' S3 Will Show A *Very* Different Side To Kanthony
By Sam Ramsden
Armani Jackson Is Following In His Famous Actor Sister’s Footsteps
By Catharina Cheung
The Banned 'Friends' Ad Shows Monica As You’ve Never Seen Her Before
By Sam Ramsden
Con O'Neill Was Connected With Sarah Lancashire Long Before 'Happy Valley'
By El Hunt
Get The Very Best Of Bustle/UK
Sign up for Bustle UK's twice-weekly newsletter, featuring the latest must-watch TV, moving personal stories, and expert advice on the hottest viral buys.

This article was originally published on July 10, 2021