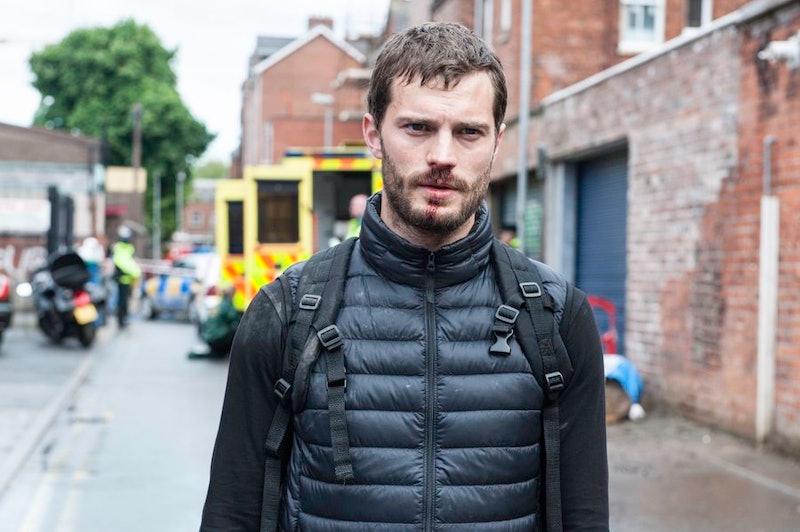 Set in Northern Ireland, psychological crime drama The Fall follows the story of a Detective Superintendent who is transferred from London's Metropolitan Police to asses a murder investigation overseas. Starring Gillian Anderson and Jamie Dornan, the thriller originally aired between 2013 and 2016 on BBC Two. And if you somehow missed the show's initial run, you're in luck, because the drama will be available to stream very soon. But when is The Fall coming to Netflix UK?

Thankfully, there isn't long. In a recent statement, Netflix confirmed The Fall will arrive on Saturday, August 1. A tweet shared by Netflix read: "All 3 seasons of The Fall are coming to Netflix on 1 August if you're into Jamie Dornan, Gillian Anderson, moody thrillers, the accents, or all of the above."

The Allan Cubitt-penned series is also currently available to stream on Amazon Prime. Although, it's unclear if Netflix's recent acquisition will effect its standing on the platform.

As the Radio Times reports, The Crown's Gillian Anderson stars as Detective Superintendent Stella Gibson, who assigned to capture the illusive serial killer Paul Spector, portrayed by Fifty Shades actor Jamie Dornan. As Gibson delves deeper into the case, she is met with resistance from superiors who disregard elements of her investigation — all while Spector's dangerous obsession with a young Belfast woman continues to intensify.

Joining Anderson and Dornan in the cast of the investigative drama is Merlin's Colin Morgan, Game of Thrones star Aisling Franciosi, In the Name of the Father's John Lynch, and more.

As previously mentioned, The Fall originally aired on BBC Two for three seasons between 2013 and 2016 here in the UK. The show enjoyed widespread critical acclaim during its initial TV run, and, as the Radio Times reports, was long-listed for Best Drama at the National Television Awards for three consecutive years.

The Fall arrives on Netflix UK on Saturday, August 1.