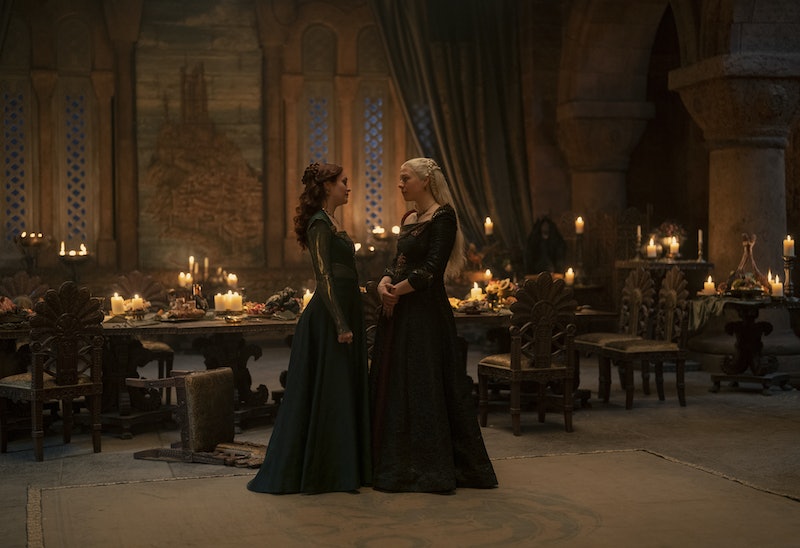 With HBO’s House of the Dragon barrelling toward the finish line, audiences are readying themselves to watch the beginning of the end of the Targaryen dynasty. The Game of Thrones spin-off has proved to be a worthy follow-up to the massively successful original series, and according to Esquire, House of the Dragon had the most-watched debut in HBO’s history. In fact, the series had only released two episodes before the network renewed the show in late August. What exactly Season 2 will have in store for viewers remains to be seen, but the last two episodes will lay the groundwork for what’s to come.

If House of the Dragon sticks to its usual release schedule, Episodes 9 and 10 should drop over the next two Sundays on HBO and its streaming service, HBO Max. That means Episode 9 will air on Oct. 16, while the finale will premiere a week later on Oct. 23. If you’ve been hesitating on watching the season in real-time, you have just under two weeks to catch up before Season 1 wraps up.

The final two Season 1 episodes are expected to set the stage for the civil war brewing between Alicent Hightower (Olivia Cooke) and Rhaenyra Targaryen (Emma D’Arcy), which threatens to topple an era of Targaryen rule across Westeros. After Alicent mistook King Viserys’ final words, the queen will likely do all that she can to make sure her son, Aegon, inherits the throne instead of Rhaenyra.

While Episode 10 may ultimately serve as more of a table-setting episode for Season 2, Episode 9 will likely include some jaw-dropping moments, if it follows a Game of Thrones pattern. Across its first six seasons, Thrones had a habit of saving some of its most dramatic moments for penultimate episodes. The Red Wedding, Ned’s beheading, the Battle of the Bastards, the Battle of Blackwater Bay, Daenerys’ escape on Drogon, and the showdown at Castle Black all took place during Episode 9 of their respective seasons. If House of the Dragon follows suit, fans can expect the ninth episode to be the most exciting episode of the series so far.

As for Season 2, the series is scheduled to begin filming in Spring 2023. While there’s been no official start date for production, the second season will begin filming in Cáceres, Spain. The Spanish city serves as the backdrop for most of the King’s Landing scenes, which will be one of the main settings for the coming war.

More like this
'GoT' Star Emilia Clarke Says She "Just Can't" Watch 'House Of The Dragon'
By Brad Witter
'The Last Of Us' Episode 4 Put Twitter Into An Emotional Spiral
By Alyssa Lapid
Bill & Frank’s 'The Last Of Us' Episode Has Twitter Emotionally Wrecked
By Alyssa Lapid
The 'Gossip Girl' Reboot Creator Is “Looking For A New Home” To Air A Potential Season 3
By Brad Witter
Get Even More From Bustle — Sign Up For The Newsletter
From hair trends to relationship advice, our daily newsletter has everything you need to sound like a person who’s on TikTok, even if you aren’t.