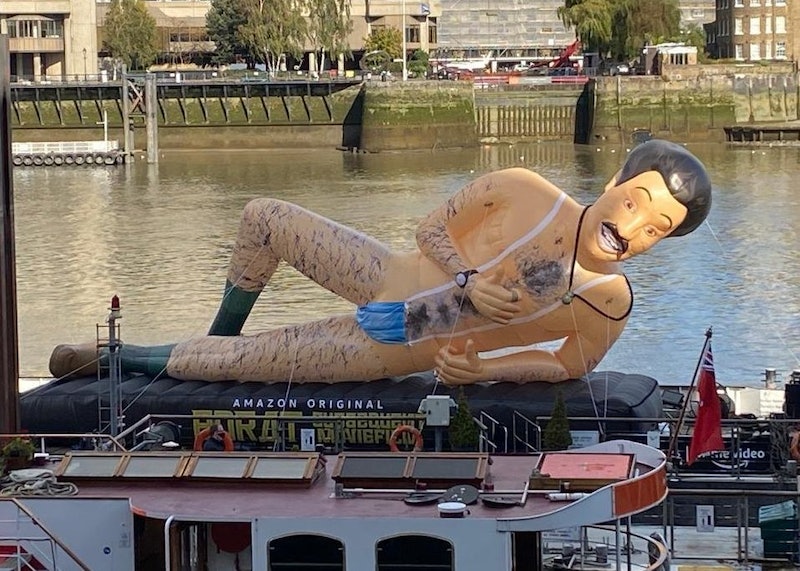 Die-hard Borat stans had been holding out hope for a sequel for years. But when Collider reported that Borat Subsequent Moviefilm wasn't only shot, but that it was also finished and ready for audiences, even the most fervent of fans were surprised. Just when — and how, given the pandemic — did Baron Cohen find the time to put another Borat film together?

Borat Subsequent Moviefilm sees Baron Cohen reprise the titular role in order to lampoon America and, more specifically, its government. Making the film took Baron Cohen across the country, and one of the first times he was spotted by the public was in late 2019 in Texas. According to the Houston Chronicle, the comedian was found interviewing Sid Miller, Texas' Republican Agricultural Commissioner, late last year.

It was then a few months before there were any other unusual sightings. In February 2020, the comedian dressed up as Donald Trump and crashed Pence's speech at 2020 Conservative Political Action Conference in Maryland. While there were videos posted on Twitter of the disturbance, nobody was able to identify the disruptor as Baron Cohen.

By June, Baron Cohen was spotted in disguise in Olympia, Washington, per Variety. He was at conservative rally where he tricked attendees into singing a very offensive and racist song. Finally, in August, The Independent reported Borat sightings in the streets of Long Beach, California, as Baron Cohen and crew began filming some of the city segments in the film.

Borat Subsequent Moviefilm is very much a current movie. Tackling issues from the coronavirus pandemic, to the rise of white supremacy, and the battle to protect women's reproductive rights — it's a shockingly accurate representation of American life in 2020. Which is why it only makes sense that the film was shot throughout this year.