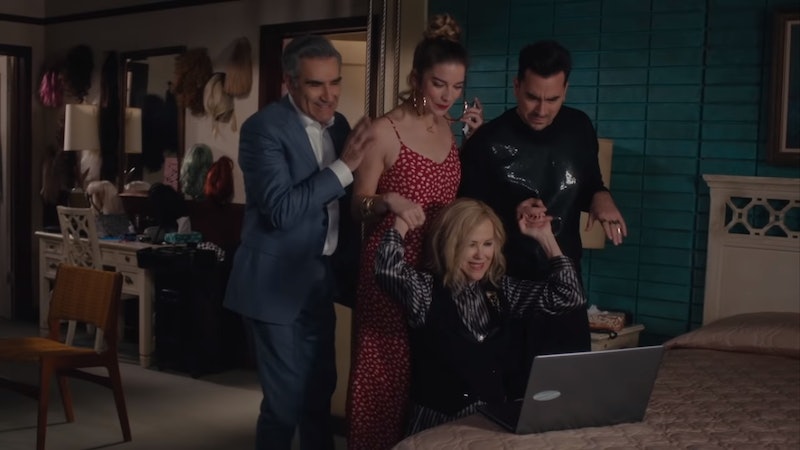 Since the series finale in April, fans have been waiting patiently for Schitt's Creek Season 6 to hit Netflix. And now the wait is finally over: the final season of the beloved small town comedy will arrive on the streaming service on Oct. 7.

Though Netflix has been instrumental to Schitt's Creek's stateside success, the show isn't one of the streamer's original series. It's actually a Canadian import that aired on the CBC in Canada and on Pop TV in the United States. Still, many viewers have discovered the show through streaming. And in this era of social distancing and quarantining, a show about a family living in close quarters with each other is more relevant than ever.

If you simply can't wait the few short weeks to see David and Patrick's wedding, you can always watch Season 6 on Pop TV or stream it via the cable channel's website with a cable subscription. Episodes are also be available to purchase via Apple, the Google Play store, and Amazon, if you would prefer to own them digitally.

Whichever way you decide to watch, prepare for an emotional goodbye.Schitt's Creek ended with just as much heart and humor as it had in the previous five seasons, from the long-awaited nuptials of David and Patrick to Johnny admitting that moving to the small town has changed his family's lives for the better. Have your tissues at the ready.

This article was originally published on Jan. 5, 2020