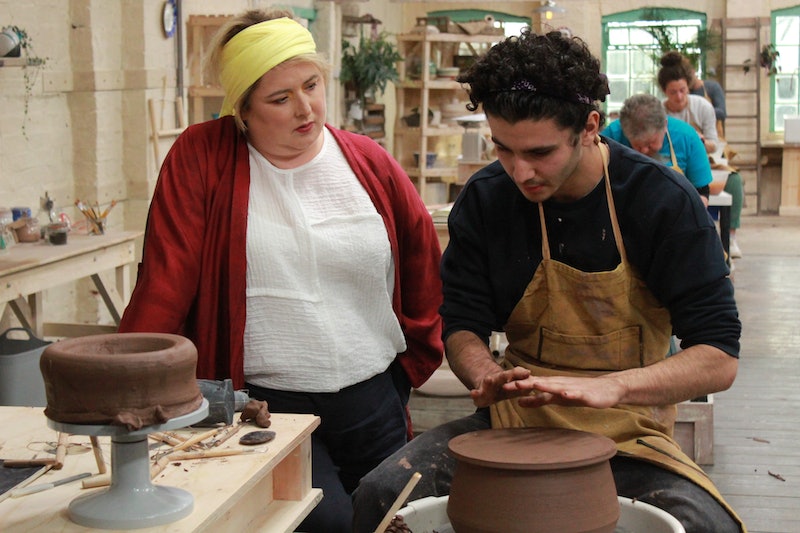 After a tense final that included an intricate throwing challenge to make an ornate Art Deco punch bowl and some seriously dainty decanters, The Great Pottery Throwdown announced their fourth champion on March 14. Like many of the episodes, it was a teary final, and fans are sad to say goodbye. But when will The Great Pottery Throw Down be back for season five? It’s provided some seriously wholesome distraction during the third lockdown and if you want a chance to throw in the studio for Rich Miller and Keith Brymer Jones then filming for the next season starts sooner than you’d think.

The Great Pottery Throw Down pleased fans when they announced that series four would go ahead despite COVID-19. Airing on Channel 4, the potters formed a bubble during filming in Stoke-On-Trent.

While season four has just ended, the production company behind the show has already announced they’re looking for next season's potters and you don’t have long to get your application in. Applications will be open until April 11 when they’ll be reviewed and auditions can begin.

This would suggest that, like series gone by, season five of The Great Pottery Throw Down will air in January 2022. The application reads:

“If you are (or someone you know is) a brilliant home potter, and would like to showcase your talents on the next series of The Great Pottery Throw Down, then apply now. We are closely monitoring the situation regarding Covid-19 and we are following the advice of Public Health England. As a result, we may adjust how or when we carry out auditions. The safety and welfare of everyone involved in our productions is always paramount.”

Episode one of season four kicked off with cheese sets and port chalices on Jan. 10, 2021. Previously season three, which also aired on Channel 4, started on Jan. 8,2020.

Derry Girls’ Siobhan McSweeney took over hosting duties for the latest series and speaking about the show to the Guardian she said:

“There’s a lack of agenda. It’s not about sob stories or manipulation – it’s a load of people genuinely trying to do their best and showing authentic creativity. You can’t diminish the fact that these contestants are real nerds about pottery. Of course they want to win, but they would also usually not be able to afford all this clay or get feedback on these new techniques. It adds an extra dimension of genuine curiosity, which mirrors the audience’s.”

And, as far as Keith Brymer Jones’ famous tears go, Rich Miller explained, “You’re observing the whole process they go through and you just want them to succeed. That’s why Keith gets so emotional – you get invested. I was close to crying a few times but I thought I’d better not tread on Keith’s toes. Maybe it’ll happen next time.”

Despite being a pretty established competition, season four was only the second time that The Great Pottery Throw Down had aired on Channel 4 and it’s been heralded as the next Bake Off.

Auditions for series five will begin soon but you may not get your next fix of The Great Pottery Throw Down until next year.